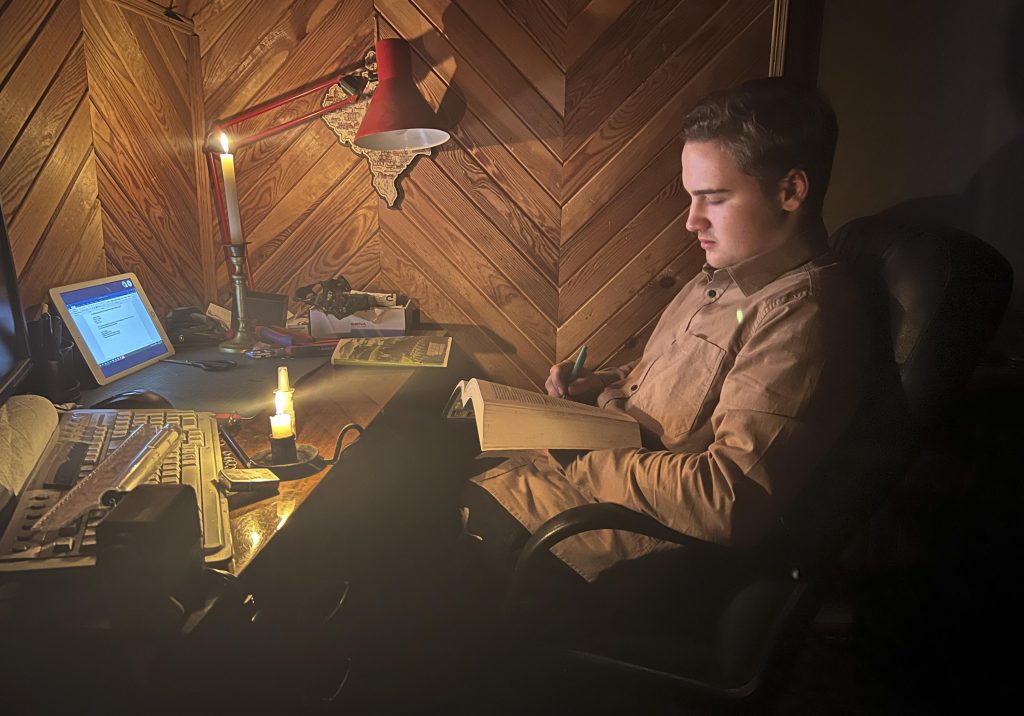 Around 4.5 million people had no electricity across the country, Zelenskyy said in his late-night speech on Thursday. According to the mayor of kyiv, Vitali Klitschko, in the capital alone there were 450,000 apartments without supply on Friday.

“I call on all residents of the capital: Save as much electricity as you can because the situation remains difficult,” the councilor wrote on Telegram. The state power company, Ukrenergo, reported on Friday that there will be emergency blackouts throughout the day in kyiv.

Russia has attacked Ukrainian power facilities with missiles and drones, especially in recent weeks. In his speech, Zelenskyy described this offensive on energy infrastructure as a sign of weakness.

“The simple fact that Russia is resorting to energy terrorism shows the weakness of our enemy,” he said. “They can’t defeat Ukraine on the battlefield, so they try to break our people in this way.”

Zelenskyy spoke shortly after Moscow-appointed authorities in the occupied Kherson region in the south of the country reported that Russian troops may leave the city of the same name, a claim Ukrainian officials met with some skepticism.

The Kremlin-installed regional government has already driven tens of thousands of civilians out of the city due to the threat posed by increased bombardment as the Ukrainian army advances in its counteroffensive to retake the region. Authorities removed the Russian flag from the Kherson administration building on Thursday, a week after the officials’ eviction.

According to the spokeswoman for the kyiv army in the south, Natalia Humeniuk, the withdrawal of the flag could be a ruse and “we should not rush to celebrate.” Speaking to Ukrainian television, she noted that some Russian soldiers were posing as civilians.

Neither claim by the two sides could be independently verified.

On the other hand, Ukrainian officials reported the shooting down of drones launched by Russia. The governor of Dnipropetrovsk, Valentyn Reznichenko, indicated that in the Nikopol area, which also suffered artillery shelling, eight were neutralized. Another was reached in the western region of Lviv, said its governor, Maksym Kozytskyy.