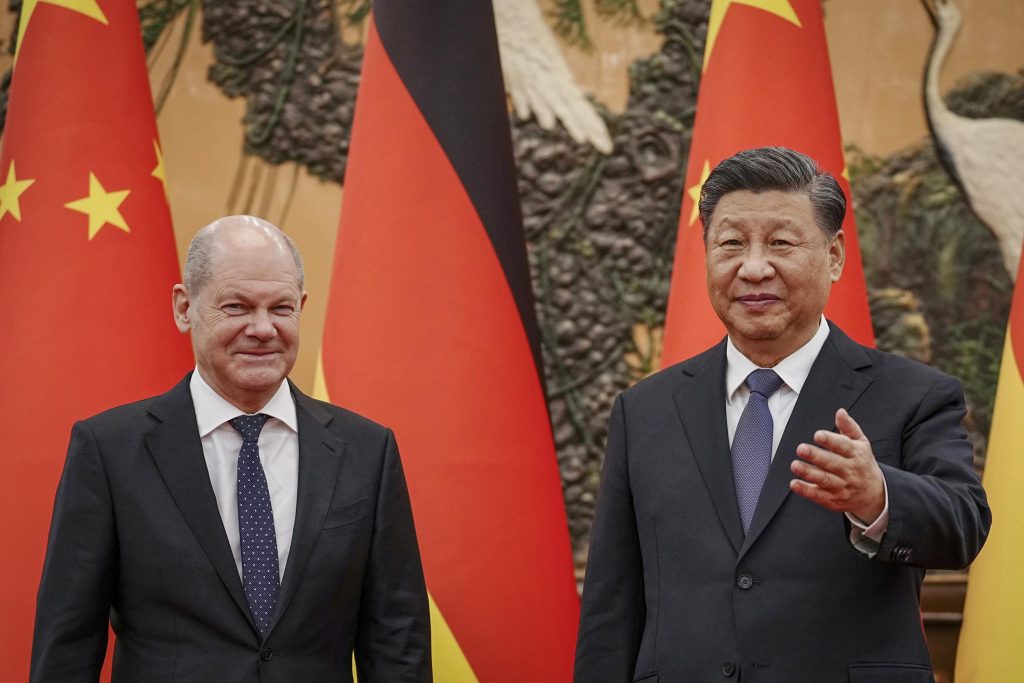 BEIJING (HPD) — During a controversial meeting Friday with visiting German Chancellor Olaf Scholz, Chinese President Xi Jinping called for peace talks between Russia and Ukraine and warned of the danger that the conflict escalates into a nuclear war.

The German leader was on a one-day visit to the Chinese capital that was criticized for Beijing’s tacit backing of Moscow, ongoing controversy over its economic ties and issues related to its human rights record. Furthermore, it comes after Xi cemented his authoritarian tenure at the head of the ruling Communist Party at a congress last month.

Scholz’s trip reflects the importance of commercial ties between Berlin and China, the world’s second largest economy, especially in the automotive and industrial sectors. Mercedes Benz alone sold 758,863 cars in the Asian country last year, more than in any other country, according to company figures.

The chancellor, who was accompanied by several German business leaders, was formally received by Xi, who has just been re-elected for a new term.

Xi pointed out that Scholz’s visit comes as their countries celebrate more than 50 years of diplomatic relations, since they relaunched economic exchanges, despite their rivalry during the Cold War, which remain a key part of their relationship to this day.

“Currently, the international situation is complex and changing,” Xi said in remarks carried by state broadcaster CCTV. “As influential powers, China and Germany must work together in times of change and chaos to make more contributions to world peace and development.”

Regarding Ukraine, the Chinese president stressed that his country “supports Germany and the EU to play an important role in promoting peace talks and in promoting the construction of a balanced, effective and sustainable European security framework” CCTV reported.

The international community should “call on all parties concerned to act rationally and restraint, maintain direct contacts as soon as possible and create conditions for the resumption of negotiations (and) jointly oppose the use of nuclear weapons,” Xi added.

Without providing evidence, Russian President Vladimir Putin repeated the unproven accusation that Ukraine was preparing a false flag attack with a radioactive dirty bomb that he would try to attribute to the Kremlin. kyiv has strongly denied the accusations and its Western allies consider them “transparently false”.

The delicate diplomatic trip comes as Germany and the EU work on their strategy towards an increasingly authoritarian Beijing.