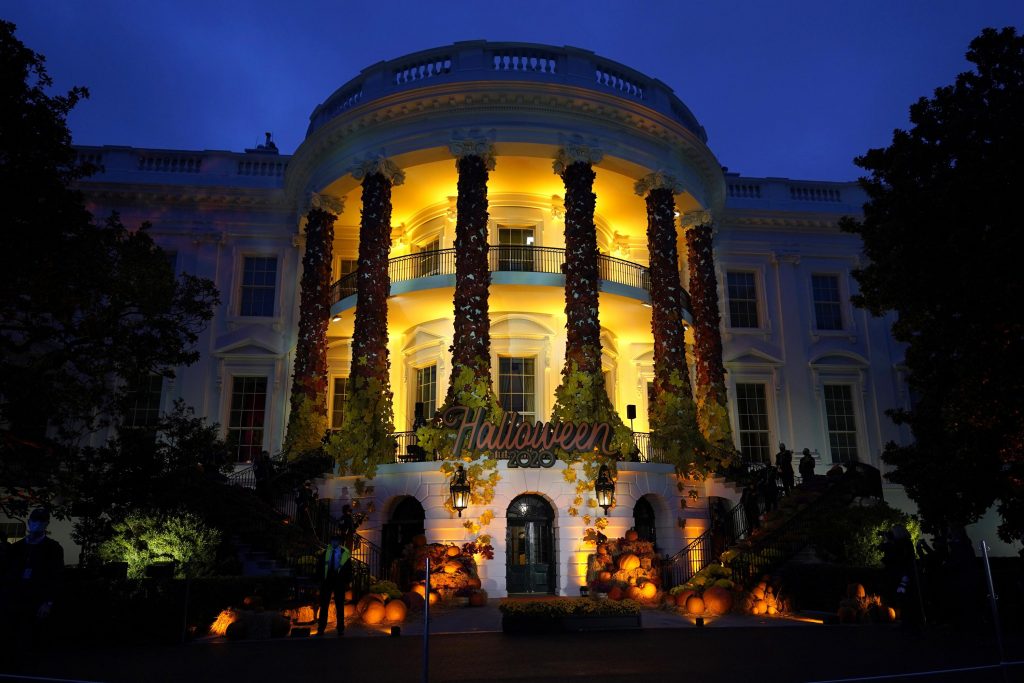 WASHINGTON (HPD) — The children of firefighters, police officers, nurses and members of the National Guard will be the guests of honor for Halloween festivities at the White House on Monday.

The festivities, however, could end up a bit wet, as showers are predicted for the afternoon.

It is the first time that President Joe Biden and his wife Jill have hosted this celebration, where children dress up and ask for candies and sweets, since last year they were in Europe during the date.

The front of the White House facing Pennsylvania Avenue was illuminated orange in honor of the occasion.

Some 5,000 guests — including children and adults alike — are invited to enter through the south gate of the presidential mansion, where they will be greeted and handed out treats by the president and first lady.

The invitation was made through local community groups, relevant organizations and unions, the White House said.

What hasn’t been revealed is what candy the president and first lady will be handing out. In past years, M&Ms with the presidential seal and cookies made in the White House have been handed out. Michelle Obama added dried fruit as part of her campaign to promote good nutrition for children.

Various government departments are also involved, including Transportation and Education, NASA, the Secret Service, the Peace Corps, and the White House Fire Department.