Skip to content
Home » What will happen to Queen Elizabeth II’s beloved dogs after her passing? 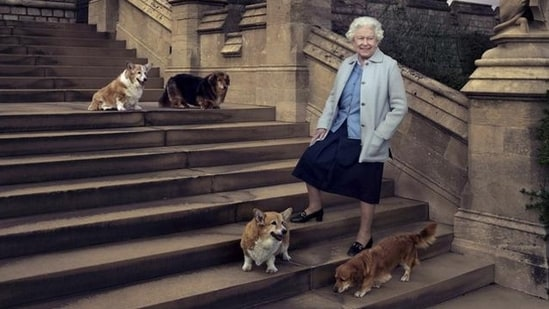 Britain’s longest-lived monarch, Queen Elizabeth II, leaves behind four royal dogs: two corgis, Candy and Muick, a cross of corgi and dachshund – or “dorgi” – named Sandy, and her most recent addition, Lissy, a cocker spaniel she named after her.

The future of the royal dog dynasty remains unclear, but a royal biographer has said she believes they could take down the monarch’s “favorite son”, Prince Andrew, or be handed over to longtime royal family staff members, who have cared for the animals for decades.

Royal biographer Ingrid Seward told Newsweek that the Queen’s love for her dogs has been unmatched over the years and they are likely to find a home among the royal family.

“He loves animals and absolutely loves dogs. He always has, they were his first love and they will be his last,” Seward said. “I imagine that the dogs will be cared for by the family, probably by Andrew, who is the one who gave them to him. They are quite young, the corgi and the dorgi,” he added.

The author of the book ‘All The Queen’s Corgis’, Penny Junor, also suggested that dogs could be cared for by the Queen’s staff.

“The care of dogs has sometimes fallen to lackeys, but above all to the Queen’s trusted dressmaker, her assistant and right-hand man, Angela Kelly; and in his page of equal trust for many years, Paul Whybrew, who was seen walking with the monarch and the dogs in the parody of James Bond,” he wrote in his 2018 book.

The little dogs had a penchant for biting the ankles of servants, but the queen was devoted to her corgis.

His first dog, Susan, was given to him by his parents on his 18th birthday in 1944. The Queen had fallen in love with Dookie, her father’s dog, a Pembrokeshire corgi, and wanted to have one of her own.

Susan became the founder of the Queen’s royal dog dynasty, but she didn’t always behave well: she bit a royal watchmaker on the ankle and also liked to go for the legs of servants.

During her reign, Queen Elizabeth II owned more than 30 corgis, many of them direct descendants of Susan, who was so beloved that she accompanied Princess Elizabeth on her honeymoon.

In April 2018, the monarch was devastated when Willow, her last corgi descendant of Susan, died.

The dog breed preferred by Her Majesty was not everyone’s favorite. His son, King Charles III, for example, likes jack Russells better than Welsh corgis, as they are officially known.

Corgis are prone to biting people’s legs because their ancestors cornered sheep by biting their feet.