Skip to content
Home » What to see in the mid-term elections in the US? 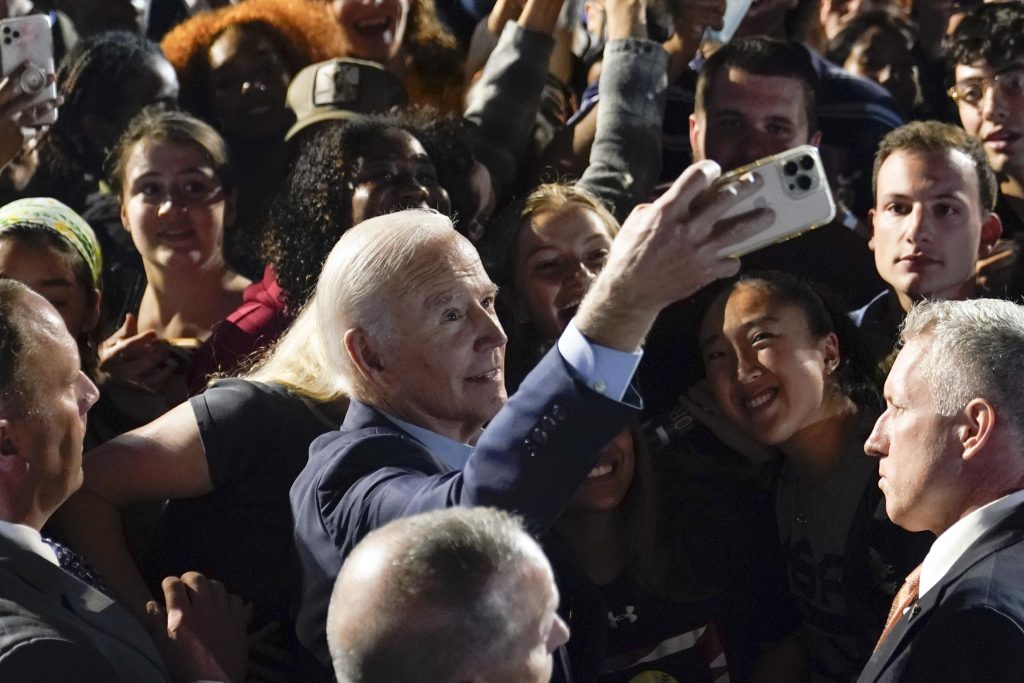 WASHINGTON (HPD) — After months of primaries, campaign events and fundraising, the midterm elections in the United States finally arrive on Tuesday, where control of Congress and the governments of several states will be decided.

Republicans are predicting a landslide victory as anxious Democrats try to defend their narrow majorities in Congress amid widespread discontent over the economy, crime and the leadership of President Joe Biden. Democrats are hopeful that the popular backlash against the Supreme Court’s decision to strike down abortion rights will save them.

The current political environment has opened up the competition unusually, and emboldened Republicans are now trying to make inroads into Democratic strongholds like New York, California, New Mexico and Washington state. Even so, the most striking contests are those in Arizona, Georgia, Nevada, Pennsylvania and Wisconsin, which could help decide the 2024 presidential election.

Due to several close races and lengthy vote counts, it could be days or weeks before final results are known.

Here’s a look at what to watch on Election Day:

Everything points to an overwhelming victory for the Republicans on Tuesday. But whether it will be a wave or a tsunami remains to be seen.

Voters are overwhelmingly pessimistic about where the country is headed, amid high inflation and severe political polarization. And the historical trend is for voters to take it out on the party in power.

For more than a century, the party that has the White House has almost always suffered setbacks in the first legislative election, with the exceptions of 1934 during the Great Depression; in 1998 during the effort to impeach President Bill Clinton; and in 2002 after the terrorist attacks of September 11.

Democrats once hoped the abortion decision would reverse the historical trend — or at least limit their losses — but their leaders have expressed more concern in recent days.

Officials from both parties predict that the Republicans will take control of the House of Representatives, for which they need only a net gain of five seats. But if a Republican surge occurs, the party could take as many as 25 or more. Sensing the opportunity, Republican groups have poured millions of dollars into Democratic-leaning districts in California, New York, Illinois and Pennsylvania.

The race for the Senate is even closer. Republicans need to win just one seat to control that chamber.

Democrats are fighting uphill to defend their legislators in Arizona, Georgia, Nevada and New Hampshire, and Republicans believe they could also win Colorado and Washington state.

The Republicans’ chances are somewhat limited by somewhat flawed candidates in Arizona, Georgia and New Hampshire who have received endorsements from former President Donald Trump.

Pennsylvania is the best chance for Democrats to snatch a seat from Republicans, while races for Republican seats in North Carolina and Wisconsin remain close.

At the same time, elections for local positions such as governors or state secretaries have this time taken on unusual importance. The current political environment has Republicans confident of winning governorships in traditionally Democratic states like Oregon and New Mexico. If a Republican wave materializes, Democrats could be in trouble everywhere.

After the Supreme Court overturned Roe v. Wade in 1973 on decriminalizing abortion, Republicans — including Trump — loudly expressed that popular discontent would hurt their party in the election. And signs have emerged that many voters — suburban women and younger people, particularly — were energized by that decision and vowed to vote Democrat.

But more than four months after that court decision, its political effect appears to be fading.

In recent weeks, Democratic candidates have abandoned the argument about abortion and have focused more on the economy and the need to protect social benefits. And some elected officials, including Vermont Sen. Bernie Sanders, an independent, have warned that Democrats have relied too heavily on the abortion issue to galvanize their supporters.