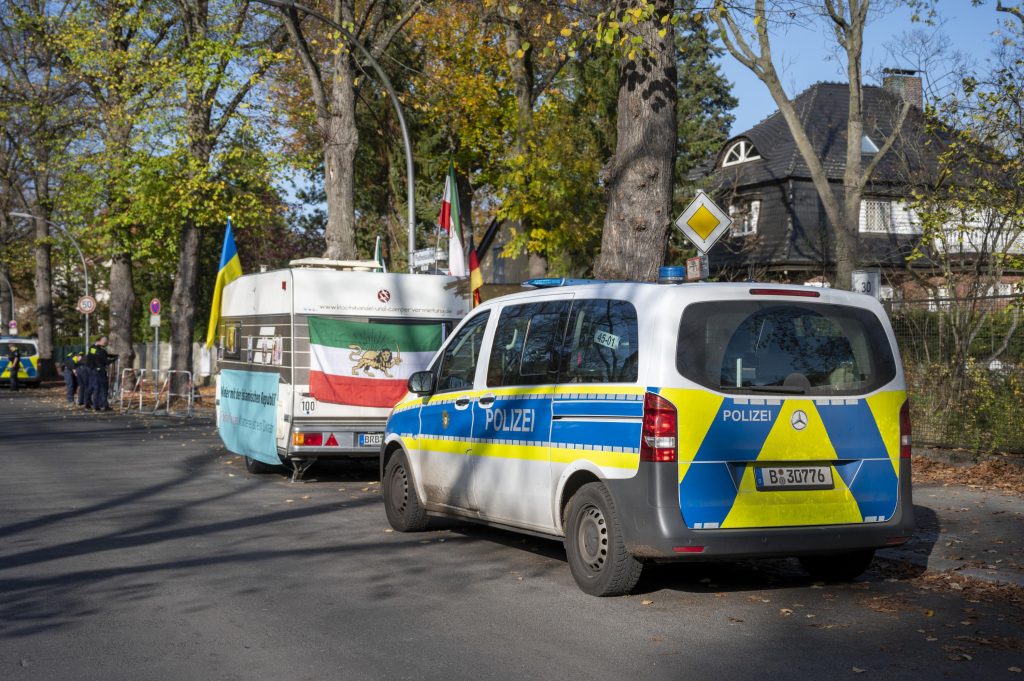 BERLIN (HPD) — Germany is investigating an attack on a pro-democracy vigil outside the Iranian embassy in Berlin in which three people were injured early Sunday.

An officer watched as three masked men lowered banners and flags hung on a mobile home that was parked near the embassy, ​​police said.

Despite the officer’s calls to stop, the suspects opened the mobile home’s door and attacked four men inside, the force said in a statement.

Three of the occupants were injured in the fight, it added. The assailants fled in a vehicle.

Marches in solidarity with Iranian protesters have taken place in Germany and other European countries.