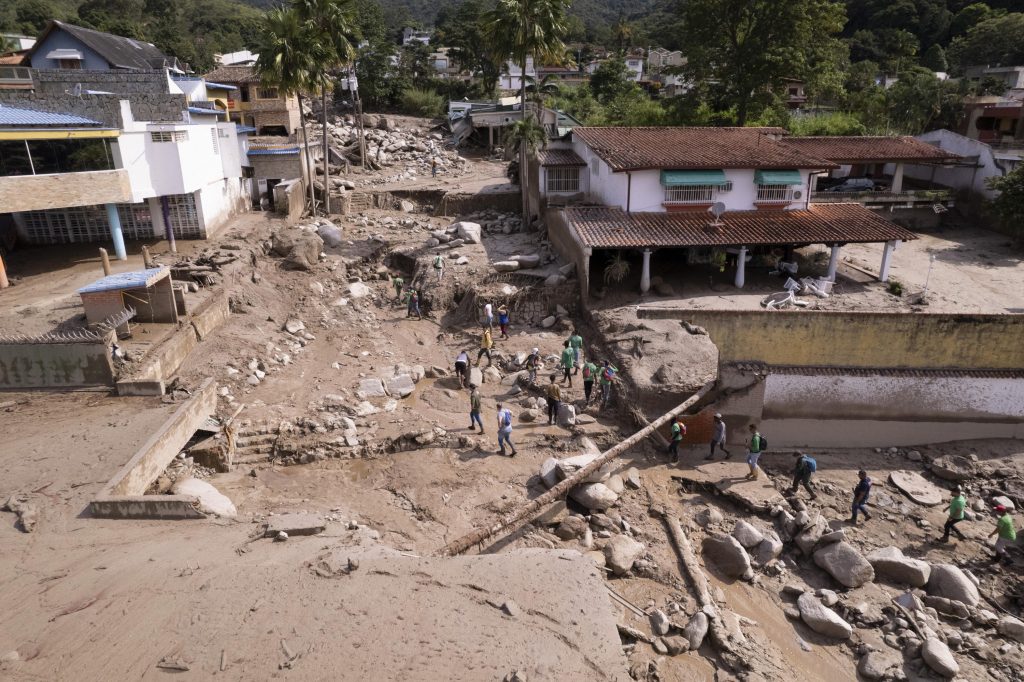 MARACAY, Venezuela (HPD) — Venezuelan authorities warned Tuesday that there is a potential risk of an increase in the number of homes destroyed and damaged in a neighborhood in the central state of Aragua, where three people died in an avalanche caused by torrential rains. that hit the region.

Several tons of rocks, trees, mud and debris suddenly made their way down the mountain on Monday in El Castaño, an affluent sector of the city of Maracay, some 150 kilometers west of Caracas, leaving dozens of homes “isolated and at risk.” Civil Protection said in a statement. Authorities have had to use helicopters to evacuate many of those affected.

President Nicolás Maduro announced Monday night that in addition to the three deceased, some 50 homes were damaged by the overflow of the El Castaño River, north of the capital of Aragua state, the region hardest hit in recent weeks by the torrential rains caused by the most recent tropical waves that passed in front of the Venezuelan Caribbean.

The disaster occurred a week after part of the mountain that flanks Las Tejerías collapsed, some 65 kilometers east of El Castaño, where 54 deaths and eight missing have been recorded so far. In addition, according to official figures, in Las Tejerías 400 homes were completely destroyed and close to 800 with moderate to severe damage. Elementary schools, a high school and more than two dozen businesses were also damaged.

In El Castaño, three-story houses were covered in mud and the main street of the neighborhood turned into a mighty river for several hours.

“It is not easy to see how people leave. How houses are “swept away by a large mass of water and mud,” Emiyexi Dorante, a domestic worker who, like many others, was seeking to return to her home after the homes where they worked were destroyed, told The Associated Press.

Dorante noted that many were miraculously saved when in some sectors the debris stopped or diverted the strong currents of water.

“It was God’s answer… Soon we will get out of here,” Dorante commented as several helicopters flew over the place.

Some injured were evacuated by helicopter with the help of firefighters and volunteers.