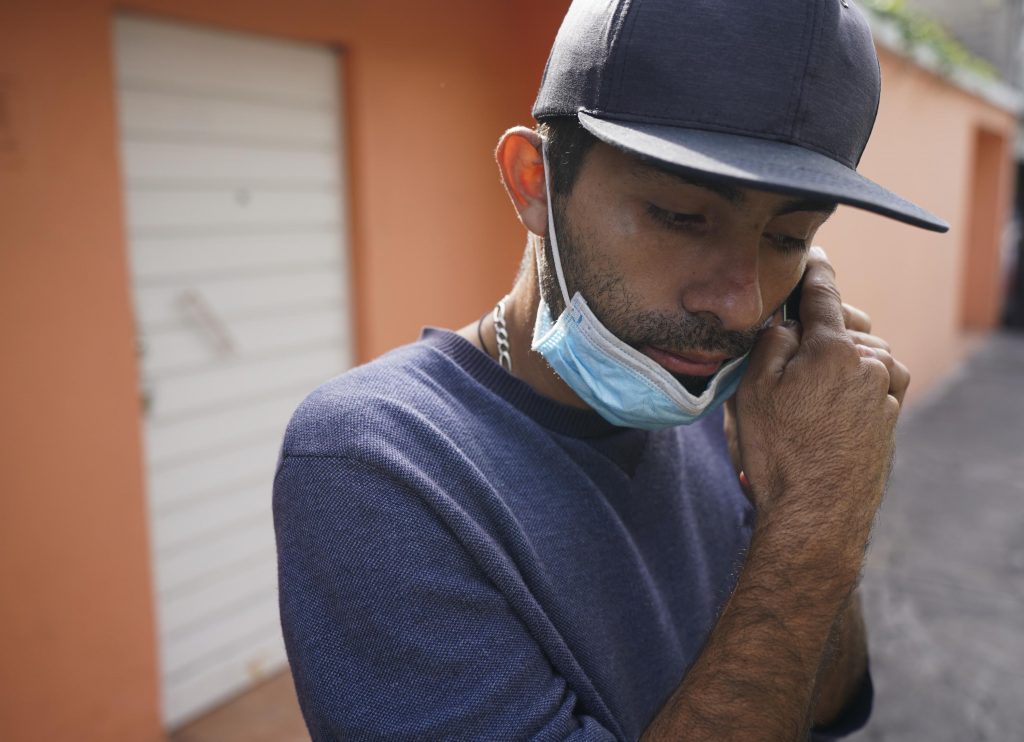 MEXICO CITY (HPD) — At the gates of a shelter that operates in the east of the Mexican capital, Venezuelan mechanic José Cuicas anxiously awaits the response of an American friend who will sponsor him to opt for one of the 24,000 humanitarian visas that the Joe Biden’s government announced that it will hand over Venezuelans.

Cuicas was one of 1,700 Venezuelans that US authorities expelled to Mexico last week under a US order to deny them the right to asylum and try to stem the growing flow of migrants from that country.

Many of them were bussed to the Mexican capital to relieve pressure on Mexico’s border cities already saturated with migrants.

The asylum restrictions come in response to a significant increase in the number of Venezuelans arriving illegally at the US border. Migrants from Venezuela surpassed those from Guatemala and Honduras in August to represent the second largest nationality to arrive at the US border, behind only Mexico.

Since Cuicas was expelled just before the official launch of the visa scheme, he might be eligible to apply. Eligible Venezuelans who apply online, find a US sponsor and meet other requirements could fly directly to the United States if they are granted a visa.

An official from the Mexican Ministry of Foreign Affairs gave the first update on the program on Friday: 7,500 applications were being processed and the first 100 Venezuelans had been approved to fly to the United States.

While Cuicas was optimistic about his chances of enrolling in the program, activists and analysts have noted that the number of visas on offer is minuscule compared to demand. In September alone, more than 33,000 Venezuelans illegally crossed the border from Mexico.

For Venezuelans heading to the United States, the announcement by the Biden administration was shocking. The migrants have been returned to Mexico in the last week under an order, which was activated during the Donald Trump administration, related to the pandemic known as Title 42, which suspends the right to request asylum on the grounds of preventing the spread of COVID-19.

Asylum restrictions keep hundreds of expelled Venezuelans baffled, many of whom now wander in Mexico City between different shelters, the northern bus terminal, and the Mexican Commission for Refugee Assistance (COMAR) where some thirty They spend the night on the street waiting to start their immigration procedures.

Immersed in a depressive state in which he entered after his expulsion, Cuicas acknowledged that he is not willing to do any refugee procedures in Mexico because he fears that this could block the process for the US visa, and indicated that he will wait for his friend’s response. , who lives in New York, to decide what he will do with his life.

“My dream is to be there (in the United States) to make a new life,” said the 31-year-old mechanic, assuring that although he left his wife and two small children in Venezuela, he has no plans to return to his native country because “There is no future, there is no work”.

Despite the fact that Venezuela emerged last year from a long period of more than four years of hyperinflation, it continues to suffer from one of the highest inflation rates in the world and its economy remains in very precarious conditions that have not allowed it to recover the purchasing power of the majority sectors. poor, which has stimulated a new wave of migration.

Since 2015, a massive exodus of Venezuelans began, who began to leave the oil country to flee the worst political, economic, and social crisis they have faced in more than a century.

While many of his compatriots seek to leave Venezuela, the young Darío Arévalo, another of those expelled last week, stated that he is considering returning to his country after the US authorities, for reasons he said he did not know, separated him from his parents and sisters. when he was arrested for illegally entering the state of Texas earlier this month.

“It is the first time that I am separated from them, that I am left alone,” said Arévalo, 20, still devastated by the separation from his family who managed to pass immigration controls and reach Chicago.

The thin young man admitted that now the only thing he hopes for is to collect the money for the air ticket to travel to his native Venezuela, which he left four years ago when he moved to the Colombian city of Pereira with his family fleeing from the devastating crisis that plagues Venezuela. the South American nation that has forced the departure of more than 7 million people.

In front of the COMAR headquarters, in the center of the Mexican capital, where he has slept outdoors in recent days after he was expelled from the United States last week, Jonathan Castellanos, 29, stated that he has no intention of return to Venezuela, where his elderly mother and three children still live.

After living for six years between Chile and Colombia, Castellanos entered Texas at the end of September, but last week he was expelled along with a group of 95 Venezuelans.

Despite having slept on the ground and endured the cold at night, Castellanos confessed that he is not willing to give up and that now he will bet on staying in Mexico after the authorities gave him a migration form for humanitarian reasons that will allow him to stay in the country. legally, find a job and a place to live.

About 140,000 Venezuelans now reside in Mexico.

“My dream was to get to the United States, but since I didn’t make it… Life goes on and I can’t stop myself. I have to get ahead and find a way to work, to produce, to help my children in Venezuela,” she concluded.