Skip to content
Home » Venezuela: Drama of settlers after avalanche that leaves 34 dead 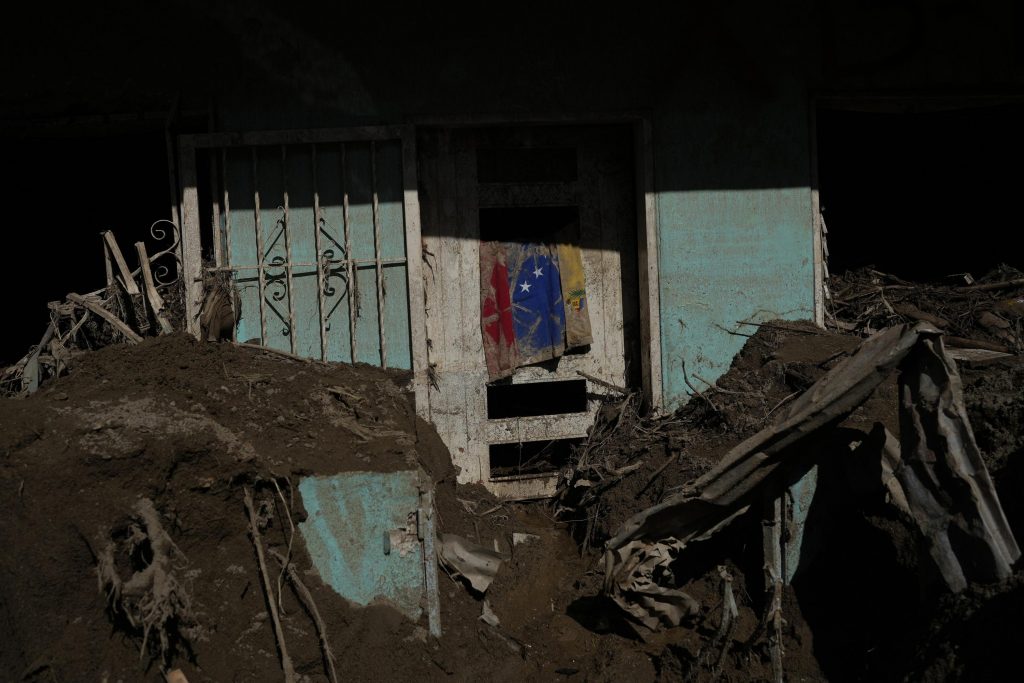 LAS TEJERÍAS, Venezuela (HPD) — When José Medida found himself waist-deep in water and unable to escape to safety, he made the desperate decision to protect himself at home, turned the refrigerator over to use it as a boat, opened its doors, he wedged it with a table to prevent it from being swept away by the current and asked his granddaughter to climb inside, while he and his wife clung to the edges.

When the water level finally began to drop, his family left the house, located in Las Tejerías de Santos Michelena, an agro-industrial municipality in the state of Aragua, some 87 kilometers southwest of Caracas.

“It was a miracle,” Medina, a 63-year-old retired factory worker, told The Associated Press.

The survivors of the landslide, which on Saturday swept hundreds of houses down the mountain and damaged almost a thousand homes in Las Tejerías, still have not come out of their stupor and tell with great pain how they were surprised by a large mass of mud at a time when some neighbors They prayed with evangelical pastors, others celebrated a children’s birthday party and many more prepared to have dinner like any other weekend.

“On the one hand, I am happy because we are alive, and on the other hand, sad” because his house was completely destroyed and all his belongings were lost, lamented the also father of three migrant children.

Added to the concerns about what happened is the scarcity of money. Medina, as a retiree, does not have the resources to repair his home. His pension is extremely poor, equivalent to the minimum wage of less than 17 dollars a month. Now they depend on the help they hope the government of President Nicolás Maduro will give them.

Medina, however, considers himself lucky. Many of their neighbors ended up without food or water, without shelter and mourning the loss of family and friends.

The death toll from the landslide caused by flooding and rainy days officially rose to 34 on Monday after Venezuelan authorities reported 12 new deaths in Las Tejerías.

The avalanche also left more than 60 missing, President Nicolás Maduro reported in statements to the press broadcast by the state-owned Venezolana de Televisión after a surprise visit to the Santos Michelena municipality.

According to Civil Protection figures, there is a record of 400 “completely destroyed” homes and another 757 with moderate to severe damage. Electric service has been restored, it was reported.

Maduro promised government support to the residents of Las Tejerías. The president, who walked along one of the most flooded streets with his wife, Cilia Flores, dodging branches and destroyed vehicles, asked those affected to go to the shelters while his administration deals with the reconstruction.

The residents of Las Tejerías barely had a few seconds to get to safety on Saturday afternoon when large amounts of water, mud, debris, stones and trees fell on them from the slopes of the mountain that flanks the municipality of 54,000 inhabitants.

After the overflow of five streams, in some of the 23 affected sectors of Las Tejerías, the water level reached two meters high, as evidenced by the marks left on walls that remained standing.

Residents of the El Béisbol and La Agotada neighborhoods —located to the north of the municipality and where the Los Patos stream overflowed— report dozens of missing persons, many of them children.

On Monday, for the second day, rescuers carried out search and rescue tasks with the help of trained dogs and drones. In addition, according to preliminary figures, 15 companies, a high school and two primary schools were affected, in addition to numerous businesses destroyed after the collapse of part of the mountain due to the rains.

Crews of workers and heavy machinery removed debris to clear roads and restore basic services such as water that affects some 10,000 families, according to official reports. Mobile telephony has been largely restored, they point out.

During the past week, the passage of tropical wave 41 of the season off the Caribbean coast of Venezuela caused maximum rates of rainfall, flooding and material damage in 11 of the 23 Venezuelan states.

The Maduro government has said that 120 of the country’s 335 municipalities have been affected. The president reported that more than 20,000 officials have been deployed, including lifeguards and agents of the security forces, to attend to the emergency.