Skip to content
Home » Uvalde: The policeman who was there the day of the massacre is fired 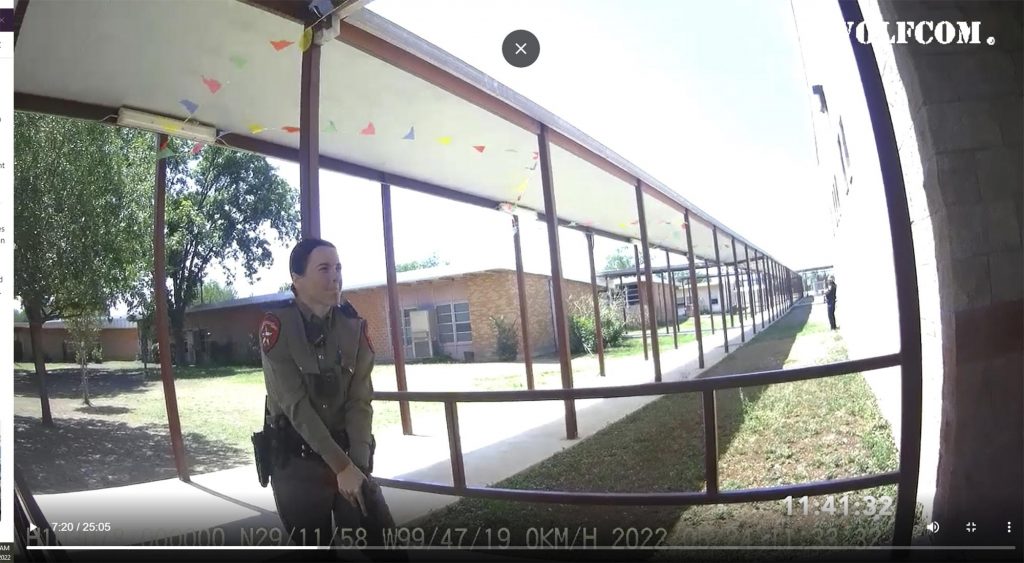 AUSTIN, Texas (HPD) — Outrage once again rocked the town of Uvalde Thursday as it was revealed that a school police officer hired after the Robb Elementary massacre was not only on campus as a Texas state agent during the tragedy that occurred in May but was investigated for her behavior while an armed individual murdered 19 students and two teachers.

CNN was the first outlet to report Wednesday night on the hiring of agent Crimson Elizondo. Less than 24 hours later, the Uvalde Consolidated Independent School District (UCISD) fired Elizondo on Thursday due to immediate and mounting pushback from the families of the fourth-grade victims, as well as Texas lawmakers.

Either way, the abrupt dismissal did little to quell Uvalde’s anger. The families demanded an answer as to why the school district’s small police force hired one of the nearly 400 officers who came to the campus on May 24 for the massacre in the first place, but waited more than an hour to confront the subject armed with an AR-15 type rifle.

A fact that increased the disbelief of some parents was that Elizondo, according to files released by the Texas Department of Public Safety, is among at least seven police officers who attended the school and were under internal investigation for their behavior during one of the worst killings carried out with a firearm in a classroom in the history of the United States.

“They knowingly hired her,” tweeted Brett Cross, whose 10-year-old son Uziyah Garcia was one of the fatalities.

The documents show that after the Uvalde school district contacted the Department of Public Safety in July while it was reviewing Elizondo’s background, the agency sent a letter outlining that she was under internal investigation due to allegations that she his behavior was “incompatible with his training and the demands of the Department.”

In the statement announcing the firing Thursday, Uvalde school officials did not explain their decision to hire Elizondo.

“We offer our sincere apologies to the families of the victims and to the greater Uvalde community for the pain this revelation has caused,” the statement said.

Elizondo announced his resignation as a Texas state trooper on Aug. 17, and his last day at DSP was Aug. 29, said Travis Considine, a spokesman for that agency.

According to CNN, in body camera video Elizondo is heard telling other officers at Robb Elementary: “If my son had been there, I wouldn’t have been outside. I assure you.”

Elizondo’s job profile was posted Thursday morning on the Uvalde school district’s website, but it had been removed by afternoon.

Hours before the firing, several families gathered outside the school district’s administrative office to protest the hiring.

“We are upset and angry at the Uvalde Consolidated Independent School District’s decision to hire Officer Crimson Elizondo. Hiring her calls into question the credibility and thoroughness of the district’s Human Resources unit and its background screening practices,” according to a statement from some families of the victims. “And it confirms what we’ve been saying all along: UCISD has not been and is not in the business of ensuring the safety of our children at school.”

In July, a damning report cited “appallingly poor decisions” by officers who waited more than an hour to confront the 18-year-old attacker. The school’s police chief, Pete Arredondo, was fired in August.

State Sen. Roland Gutierrez, whose district includes Uvalde, said hiring Elizondo “was a slap in the face to this community.”

“An agent from the Department of Public Safety was at the scene two minutes after the attacker began (the attack began) and did not adhere to the training, protocol and duty for which they were sworn in,” he added. “People’s children died because the DSP agents did not do their job.”

A spokesman for the school district had not responded to messages Thursday for comment.