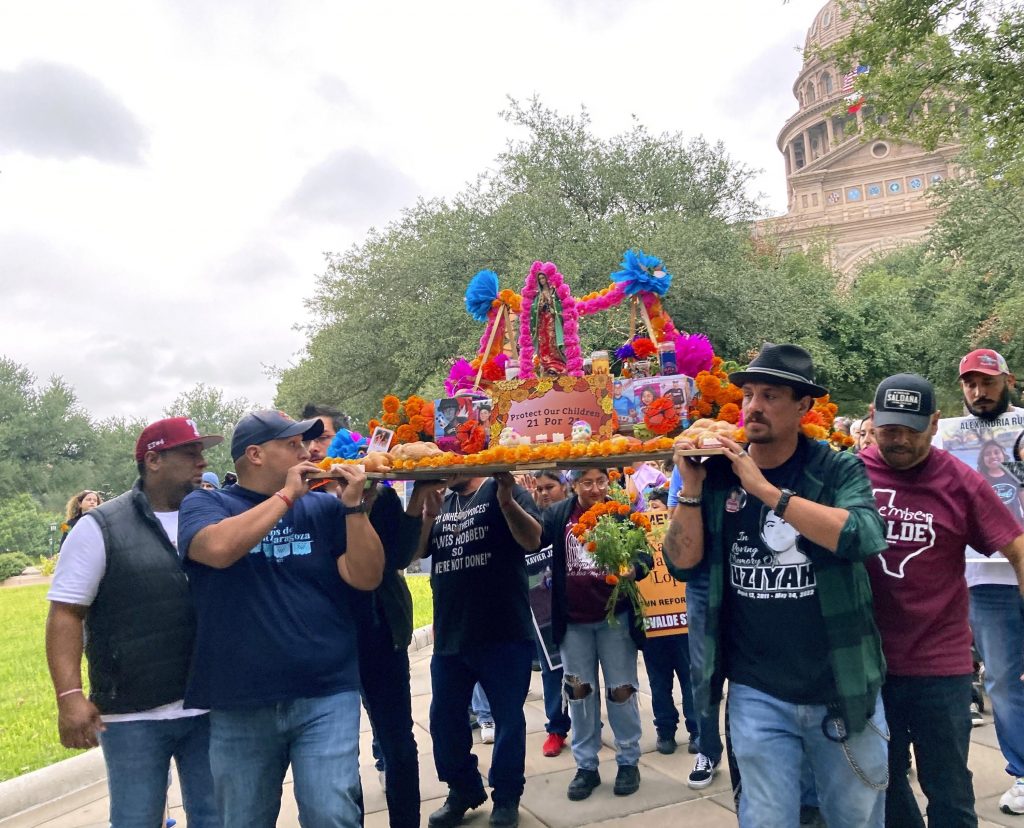 AUSTIN, Texas (HPD) — Families of some of the 19 children killed in the Uvalde school massacre commemorated the Day of the Dead with a rally, procession and decorated altar in front of the Texas Capitol on Tuesday night.

Family members, who marched to Republican Gov. Greg Abbott’s mansion carrying an altar, chose the location to once again demand tougher gun control laws in Texas after the May shooting at Robb Elementary School.

What they have asked for the most is that the minimum age to buy AR-15 rifles be increased from 18 to 21 years.

Abbott, who is running for re-election, has objected to that, saying it would be “unconstitutional.”

“We are here today celebrating the lives of our children,” said Kimberly Rubio, whose daughter Lexi Rubio was killed in the Uvalde shooting, “but also trying to reach parents on a personal level, on a mom and dad level. Simply, if you care about your kids, protect them, go out and vote for candidates who support sensible gun legislation.”

The Day of the Dead is a Mexican and Latin holiday in which the lives of deceased loved ones are celebrated and their souls are encouraged to visit them. Nearly three-quarters of Uvalde’s residents are Hispanic.

Abbott is running for a third term against Democrat Beto O’Rourke, who has attracted the support of several Robb Elementary School parents, but faces a difficult race in Tuesday’s election.