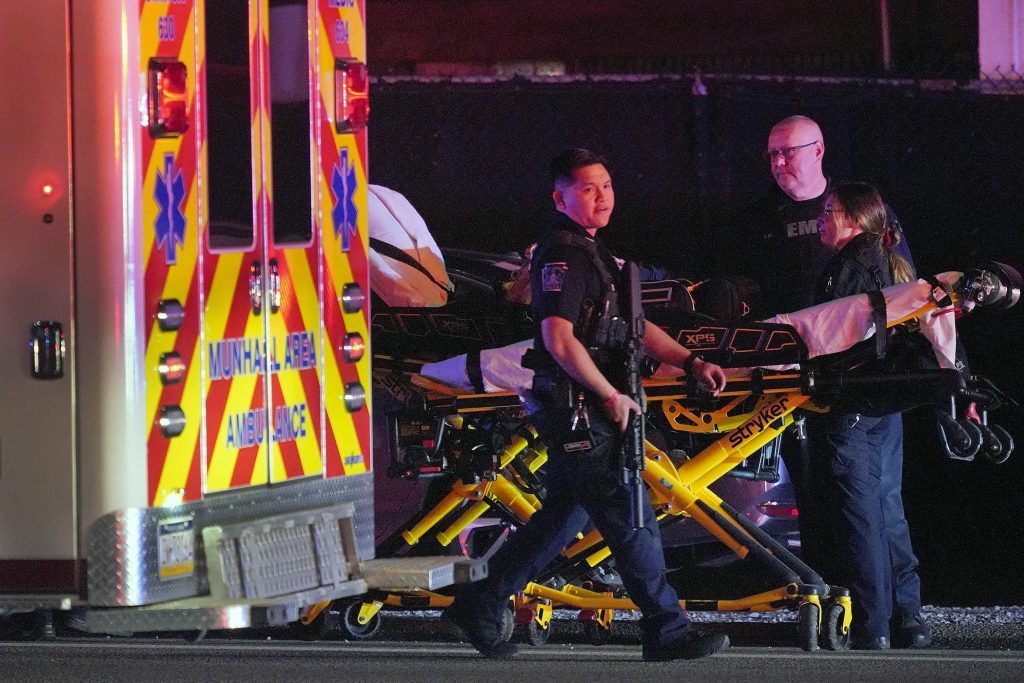 WEST MIFFLIN, Ohio (HPD) — A 15-year-old boy has been arrested in a shooting last month at an amusement park in Pennsylvania that wounded three people, including two teenagers.

Police in Allegheny and West Mifflin County said last week that the teen will be charged as an adult with aggravated assault, reckless endangerment and firearms offenses in the Sept. 24 shooting in Kennywood Park at the opening of the Phantom Fall Fest.

Park officials said the shooting followed an altercation between two groups of teenagers near the Musik playground. A 39-year-old man and two 15-year-old boys were taken to hospitals with leg injuries, authorities said.

Investigators said last week that evidence recovered at the scene indicated two guns were fired, one of which belonged to the arrested teen. He himself was also grazed in the thigh by a bullet; Authorities are looking for a second suspect, believing he is “most likely” a minor.

Kennywood closed the day after the shooting and announced new safety measures including more police and perimeter fence security, bag size limits and adult chaperones for all minors at all times during Fall Fest, scheduled to run through in mid October.

Kearns said it’s still unclear how the weapons entered the park, and investigators are still considering the possibility that the weapons were thrown from outside.