Skip to content
Home » USA: Election results may take time to be known 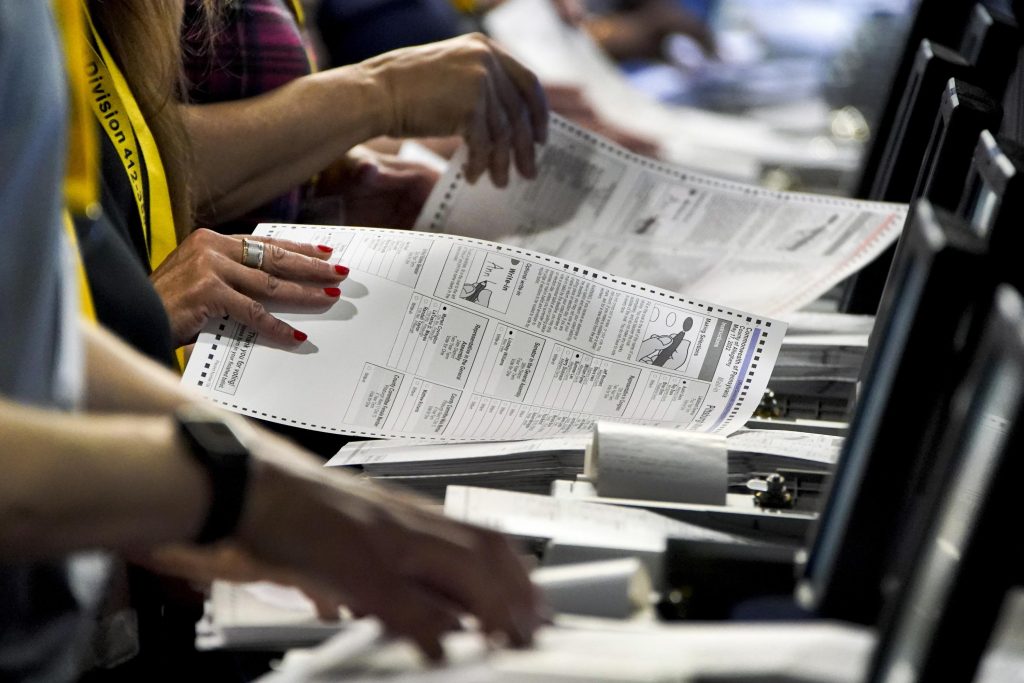 It’s election night. The polls have been closed for hours. Why don’t Americans know the winners?

In 2020, President Donald Trump proclaimed that the lack of final results on election night could be an indicator of something dire and used it to ensure without evidence that the election had been stolen: “We don’t want them to find more ballots at four in the morning and add them to the list,” he said.

However, the reality is that the results published on election night are not official and are always incomplete. They inevitably change as more ballots are counted.

Unlike in many countries, elections in the United States are highly decentralized, complex, and feature long slates of contests, from for president and congressmen to local measures and seats on the city council. Some states allow local election offices several weeks before Election Day to process mail-in ballots, including reviewing signatures and verifying identification information. In other states that process may not begin until or shortly before Election Day, meaning those ballots may not be counted until the following day or even later.

Here’s why the results aren’t always known on election night.

SHOULD WE KNOW THE WINNERS BEFORE GOING TO BED?

Republicans, in particular, have pointed to perceived delays in results as a reason to distrust the integrity of the election.

“We have to reform our elections so that all Arizonans, whether they are Democrats, independents or Republicans, when they go to bed on election night they know who the winner is and they are satisfied that it was a fair election. We don’t have that right now,” Kari Lake, the Trump-backed Republican candidate for governor of Arizona, tweeted in August.

Not knowing the winner on election night says nothing about the fairness of an election or the accuracy of the results. Under Arizona law, all ballots, including those that were mailed in, must be returned by 7 p.m. on Election Day, but officials have 20 days to finish their counts.

In Nevada, counties have four days to count late-arriving mail-in ballots and give voters two more days to correct mail-in ballots that arrive in envelopes with errors or missing information. This week, the election official in the county that includes Reno reminded voters of that extended timeline, saying official and final results are unlikely until the actual vote count on Nov. 18.

“It will definitely take longer than the day after the election to (have) the final results,” said Jamie Rodriguez, Washoe County’s interim voter registration officer.

A close primary race for the Senate in Pennsylvania last May sparked comparisons with the French presidential election that had been held a few weeks earlier.

Trump, in a social media post two days after the Pennsylvania primary, questioned why it was taking so long to find out the winner: “France, same day all on paper, had VERIFIED figures by night,” Trump wrote. “America is a laughingstock when it comes to elections.”

But in France there was only one contest on the ballot. Presidential and parliamentary elections are held on different dates. In Pennsylvania, the Republican Party primaries for the US Senate were just one of several races being decided, including races for governor, attorney general, Congress and the state legislature.

Elections in the United States are also not nationalized, but are instead overseen by states and run by local officials at the county or even township level. The United States has some 10,000 jurisdictions in charge of supervising the electoral process.

For presidential elections in France, the Ministry of the Interior distributes election-related materials, including ballot papers, while local officials coordinate polling station staff. France also has a Constitutional Council that decides on election-related complaints and announces the results.

Noah Praetz, the former elections clerk in Cook County, Illinois, said quick results are possible, but the United States has “decided to make voting accessible to everyone and allow us to vote on everything.” He pointed out that ballots in the United States typically include dozens of offices, in contrast to some countries where voters may simply endorse a party whose leaders then hold many of those offices.

In France, voters choose from lists of local candidates generally associated with a party. The candidate slate that garners the most support will receive the most city and regional council seats.

Also, voters in France can vote by proxy — designating someone else to vote for them if they can’t cast their vote in person on Election Day — which is not allowed in the United States.

DO MAIL-IN BALLOTS AFFECT THE REPORTING OF RESULTS?

They can do it. Long before the COVID-19 pandemic, states were expanding the use of mail-in ballots and early voting in person to reduce lines on Election Day and provide more flexibility for voters.

Mail-in ballots are subject to various security checks that vary from state to state. Some require voter signatures or identifying information to check against their registration files, while others require witnesses or notaries to ensure a voter’s identity.

In most states, including Florida and Georgia, the validation process for mail-in ballots begins well in advance of Election Day, providing a huge advantage in reporting results quickly. That is not the case in some states that are political battlegrounds. Pennsylvania and Wisconsin officials can’t start that job until Election Day, while Michigan officials can start just two days earlier. This means that the majority of results reported from these states on election night will be from in-person voting on Election Day or during the early voting period.

WHAT OTHER FACTORS CAN DELAY RESULTS?

While most states require mail ballots to be received on or before Election Day, 19 states provide a grace period as long as ballots are mailed no later than Election Day. In California, such ballots can be received up to seven days later.

Voters may not know the outcome of a close race for several days if a significant number of those ballots arrive at local election offices after Election Day.

This can also change the results over time. If Democratic voters dominate mail-in voting while Republican voters vote primarily in person, that may mean early results heavily favor a Republican candidate who then sees that lead fade as mail-in ballots are counted. they come late.

WOULD A MANUAL COUNT HELP SPEED UP THE PROCESS?

No. The manual counting of all ballots occurs mainly in small towns in the northeast of the country. For places with many ballots, experts consider that it takes more time and is susceptible to human error. Manual recounts are used in post-election reviews to ensure the accuracy of tabulating machines, but that usually involves only a sample of the ballots and is done without the pressure of trying to report results quickly.

Republican activists and candidates have pushed for manual recounts based largely on conspiracy theories that voting systems were rigged to steal the 2020 election. There is no evidence of widespread fraud or machine tampering.

Cobb County, Georgia, conducted a state-mandated manual recount after the 2020 election. It took hundreds of people five days to count just the votes for president on roughly 397,000 ballots. A county elections official estimated that it would have taken 100 days to count every contest on every ballot with those same procedures.