Skip to content
Home » USA: Does it affect my vote if I receive a provisional ballot? 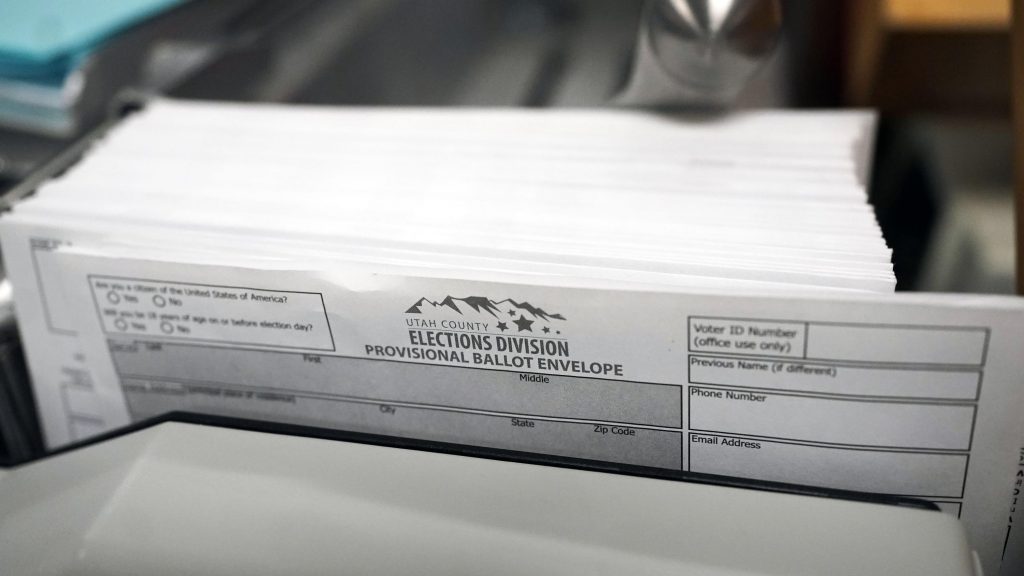 During elections in the United States, citizens can receive a regular ballot, when all their information is correct, or a provisional ballot, when there are doubts about their eligibility to cast a regular vote. The latter have been the subject of suspicion and have been the central theme of various accusations of electoral fraud despite the fact that experts indicate that they are reliable.

“They are a foolproof method of ensuring that everyone who is registered to vote casts their ballot,” said Charles Stewart III, director of the MIT Election Laboratory in Boston.

All states except Idaho, Minnesota and New Hampshire offer these ballots, sometimes called “challenge” or “affidavit.” However, these states allow same-day registration to vote, so residents can register and vote the same day as the election.

Each state define your guidelines to decide when provisional ballots are required and how to process them.

According to information from the Electoral Assistance Commission, which post an analysis after each general election, among the most common reasons for casting a provisional ballot are if an election official questions a voter’s eligibility or cannot find the name on the list of registered voters, if a voter does not present authorized identification or you do not reside in the district in which you want to vote.

Provisional ballots are set aside for review when polls close on election day, but the delay in counting them has led to confusion and accusations of voter fraud.

For example, former President Donald Trump and other skeptics about the 2020 election results questioned why some states continued to count votes long after polls had closed.

One of the widely circulated questions is that filling out a provisional ballot implies that someone else has already cast a fraudulent vote on your behalf and ultimately your vote will not be counted.

However, the National Conference of State Legislatures, an independent research group that works for legislators across the country, ensures that all ballots are verified by election officials in every election. According to the organization, if they believe a ballot is legitimate, they will count it, no matter how wide the margin of victory is in a given election.

Election officials are also required to inform voters whether their provisional ballot was counted or rejected, as well as the reason for the rejection, either through a toll-free phone line or an online tool.

Stewart stated that when provisional ballots are verified they are added to the final count.

“If you just compare the total votes on election night to the totals already factored into the provisional ballots, it looks like someone has been stuffing the ballot box. But rather, after the elections, the vote of the people who voted on election day is counted, ”he assured in an email.

According to a recent analysis of the Electoral Assistance Commission, provisional ballots represent a shrinking portion of all votes cast: in 2020 they accounted for less than 1%, in 2016 1.4% and in 2012 1.7%, the presidential elections more recent.

The Commission revealed that in 2020, in total, about 1.7 million provisional ballots were issued throughout the country, of which 78% were counted and 21% were rejected.

The HPD answers your questions about the election in this series. Send them to: [email protected]

What happens if a ballot is damaged or mismarked?

How do states ensure that the ballots of deceased persons are not counted?

Can non-citizens vote in US elections?