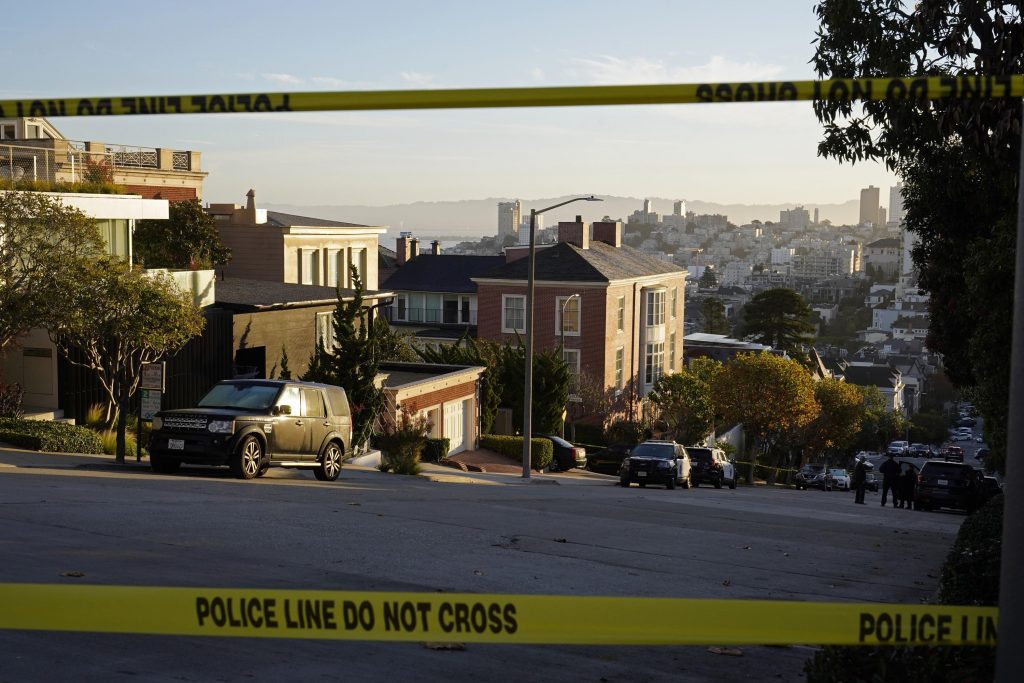 WASHINGTON (HPD) — The man accused of attacking the husband of U.S. House Speaker Nancy Pelosi was wearing zip ties when he broke into the couple’s home in San Francisco, according to a person briefed on the news. investigation, in what represents the most recent similarity to the assault on the Capitol of January 6, 2021.

The source was not authorized to publicly discuss the Pelosi case and spoke to The Associated Press on condition of anonymity on Sunday.

The attack on Paul Pelosi, 82, less than two weeks before the November 8 election that will determine control of Congress, was a reminder of the toxicity of the country’s political climate. At a time when threats to public officials are at an all-time high, members of Congress are urged to request additional security resources, including increased police patrols in their neighborhoods.

Capitol Police Chief J. Thomas Manger said in a weekend memo to lawmakers that the attack “is a grim reminder of the threats facing elected officials and their families in 2022.”

San Francisco police said the assault on Paul Pelosi was intentional. Authorities added that the suspect, identified as 42-year-old David DePape, confronted Paul Pelosi at the family’s home in Pacific Heights early Friday and, as reported by the HPD, demanded to know: “Where is Nancy?” ?”.

The two men struggled over a hammer before officers responding to a 911 call to the home saw DePape punch Paul Pelosi at least once, police said. DePape was booked on suspicion of attempted murder, elder abuse and robbery. He is expected to be arraigned early next week.

The similarities with the January 6 riots were evident.

Rioters who stormed the Capitol trying to overturn Joe Biden’s election victory over Donald Trump roamed the halls yelling, “Where’s Nancy?” Some at the siege were seen inside the Capitol wearing zip ties.

Nancy Pelosi was in Washington when her husband was attacked. She soon returned to San Francisco, where her husband was hospitalized. He underwent surgery for a skull fracture and sustained other injuries to his arms and hands, his office said.