Skip to content
Home » USA: Am I allowed to deliver someone else’s ballot? 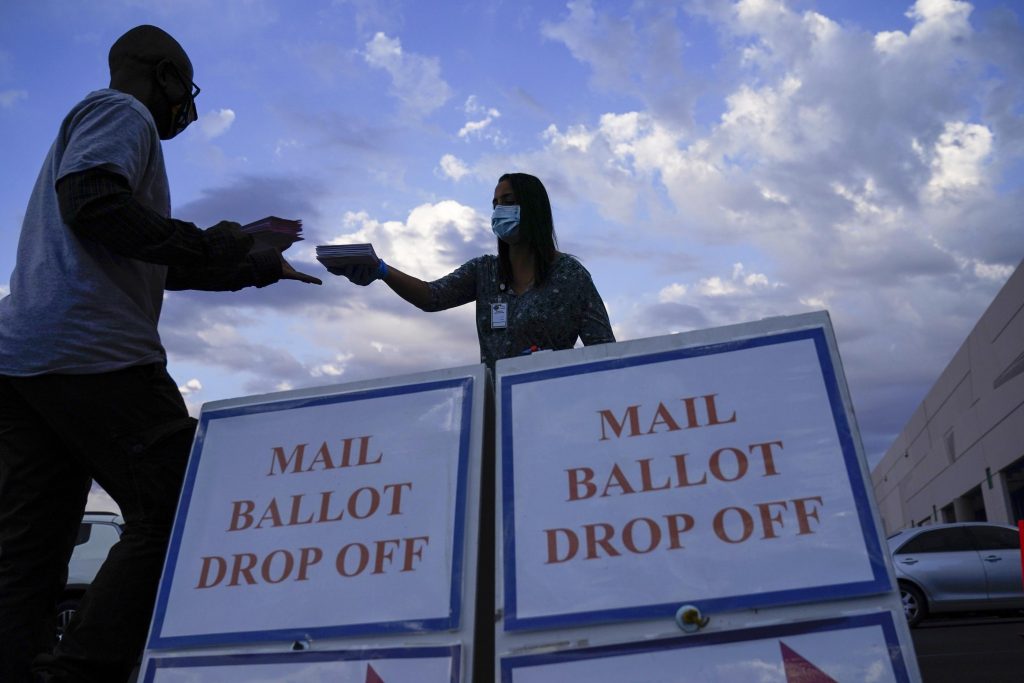 Am I allowed to deliver someone else’s ballot?

In most states, the answer is yes—but there may be restrictions.

For example, some states, like Arizona, only allow caregivers, family members, or household members to cast someone else’s ballot. Other states, like California, allow the ballot to be cast by anyone the voter chooses as long as they don’t get paid for the ballots they collect.

In total, more than half of the states have laws that explicitly allow a third party to deliver a completed ballot, according to a tally by the National Conference of State Legislatures.

Laws that allow for ballot collection are designed to make voting more convenient, and for people who cannot get around or drop off a ballot on their own. Political groups and campaigns from both parties have run ballot collection programs with the goal of increasing turnout and helping older, homebound, disabled or rural voters send their ballots back.

However, in 2020, when the use of drop boxes skyrocketed due to the new coronavirus pandemic, some criticized the practice. Former President Donald Trump and others argued that ballot harvesting, often pejoratively called “ballot harvesting,” increased the risk that someone would try to illegally vote for another person or force them to vote in a certain way. Polling after the 2020 election found that voters who voted for President Joe Biden were more likely to report voting by mail than those who voted for Trump.

Election security experts say voter fraud is rare among all forms of voting, including voting by mail and at drop boxes. They point to a 2018 North Carolina congressional election, when a Republican political operative and his staff illegally collected ballots and forged signatures, as one of the few cases of voter fraud related to ballot harvesting. That election was overturned.

After the 2020 election, a discredited film claimed without evidence that a multistate network of Democrat-aligned voting “mules” was paid to illegally collect and deliver ballots in five states. But the film, called “2000 Mules,” did not present evidence that the individuals it showed on surveillance tape were part of a voting conspiracy, and a state investigation found that at least one person in the film legally turned in ballots. of your family members. The film also took aim at cell phone geolocation data, which experts say is not accurate enough to identify whether someone used a secure voting drop box or simply walked by. Ballot drop boxes are often intentionally placed in public and high-traffic spaces.

An Associated Press poll from May 2022 found that none of the states that used drop boxes in the 2020 election reported cases of drop boxes involved in fraud that could have affected the results.

The HPD answers your questions about the election in this series. Send them to: [email protected]