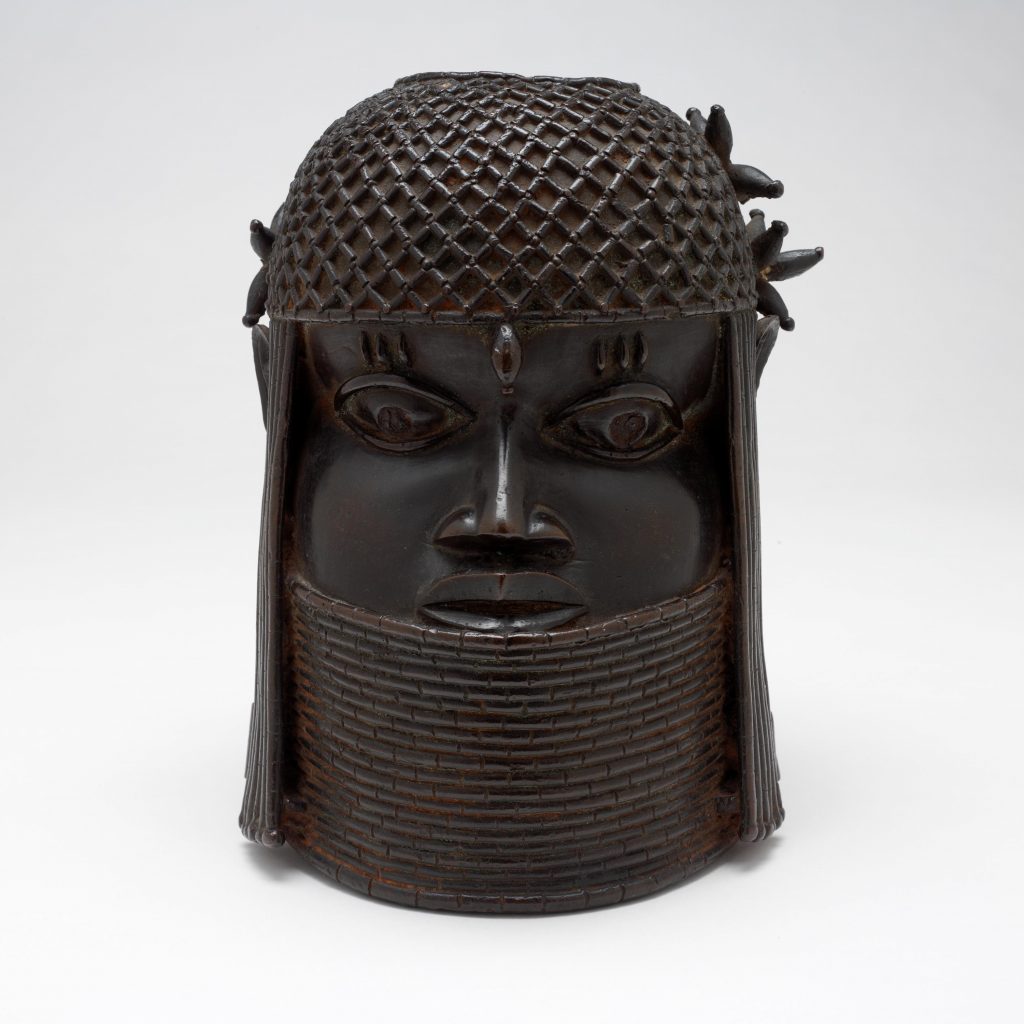 PROVIDENCE, R.I. (HPD) — A bronze sculpture of an African king was among 31 pieces of African art repatriated Tuesday from the United States to Nigeria.

The sculptures — including a piece called “King’s Head” or “Oba,” which has been in the Rhode Island School of Design (RISD) Museum for more than 70 years — were handed over to the Nigerian National Collection in a ceremony at the Smithsonian Institution in Washington, D.C.

The pieces, stolen by British colonialists in the 19th century, include 29 that the Smithsonian Institution’s board of directors in June voted to return, and one object from the National Art Gallery.

It is a movement by cultural institutions around the world to repatriate artifacts that were stolen by colonialist forces. In August, the Horniman Museum in London announced that it would return 72 bronze sculptures from Benin to Nigeria.

“The Head of Oba was stolen from the royal palace of the Oba Ovonranwmen in 1897,” acting director of the Rhode Island museum, Sarah Ganz Blythe, said in a statement.

The museum “has worked with the Nigerian National Commission for Museums and Monuments to repatriate this sculpture to the people of Nigeria, where it belongs,” he added.

Abba Isa Tijani, director-general of the Nigerian National Commission for Museums and Monuments, expressed hope that the decision will inspire other institutions to do the same.

“We look forward to more collaborations with these museums and institutions and have already started promising discussions with them regarding this,” Isa Tijani said in a statement.

“We invite the whole world to join this new way of doing things. A way free of rancor and doubts. A way full of mutual respect,” she added.