Skip to content
Home » US releases Pakistani prisoner from Guantanamo 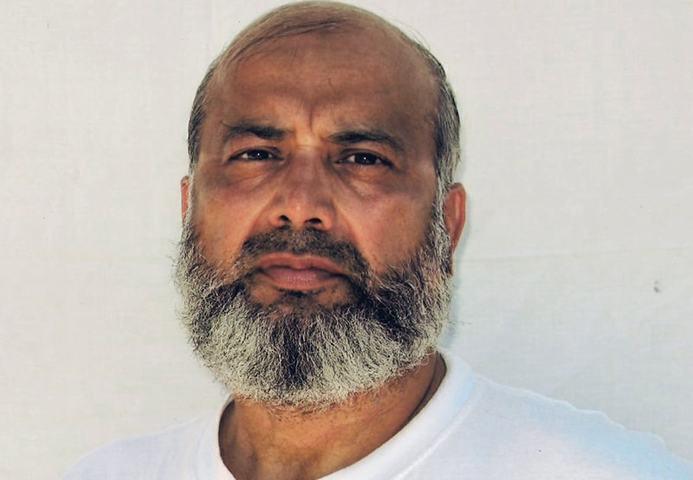 ISLAMABAD (HPD) — A 75-year-old Pakistani man who was the oldest prisoner at the Guantanamo detention center was released and was reunited with his family in Pakistan on Saturday, the country’s Foreign Ministry and Defense Department said. North American.

Saifullah Paracha was reunited with his family after 17 years in detention at the US base in Cuba, the ministry said.

Paracha had been detained since 2002 on suspicion of having ties to the Al Qaeda organization, but was never charged with a crime. Last year, in May, he was informed that his release had been approved.

As usual, the notice did not provide a detailed explanation for the decision, concluding only that Paracha is “not a threat” to the United States, according to attorney Shelby Sullivan-Bennis, who represented him at his hearing at the time.

The Defense Department said in its statement Saturday that the United States appreciates “the willingness of Pakistan and other partners to support US efforts focused on responsibly reducing the detainee population and eventually closing the facility at Guantanamo Bay.”

In Pakistan, the Foreign Ministry said it had completed an extensive multi-agency process to facilitate Paracha’s repatriation. “We are glad that a Pakistani citizen detained abroad is finally reunited with his family,” the ministry said.

Paracha, who lived in the United States and owned property in New York, was a wealthy businessman in Pakistan. The US authorities said that he was a “facilitator” of Al Qaeda, since he helped two of the conspirators in the terrorist plot of September 11, 2001 with a financial transaction.

He has maintained that he did not know the individuals were members of Al Qaeda and denied involvement in the scheme.

The United States captured Paracha in Thailand in 2003 and has held him in Guantanamo since September 2004. Washington has said from the start that it can hold people without charge under the international laws of war.

In November 2020, Paracha — who suffers from diabetes and heart problems, among other ailments — had his eighth appearance before the review board at Guantánamo, which was established under President Barack Obama to try to prevent the release of prisoners that Washington believed they might be involved in hostile activities after their release from Guantánamo.

Then, his lawyer, Sullivan-Bennis, expressed optimism about his chances of obtaining freedom due to the election of Joe Biden, Paracha’s health and a legal case related to his son, Uzair.