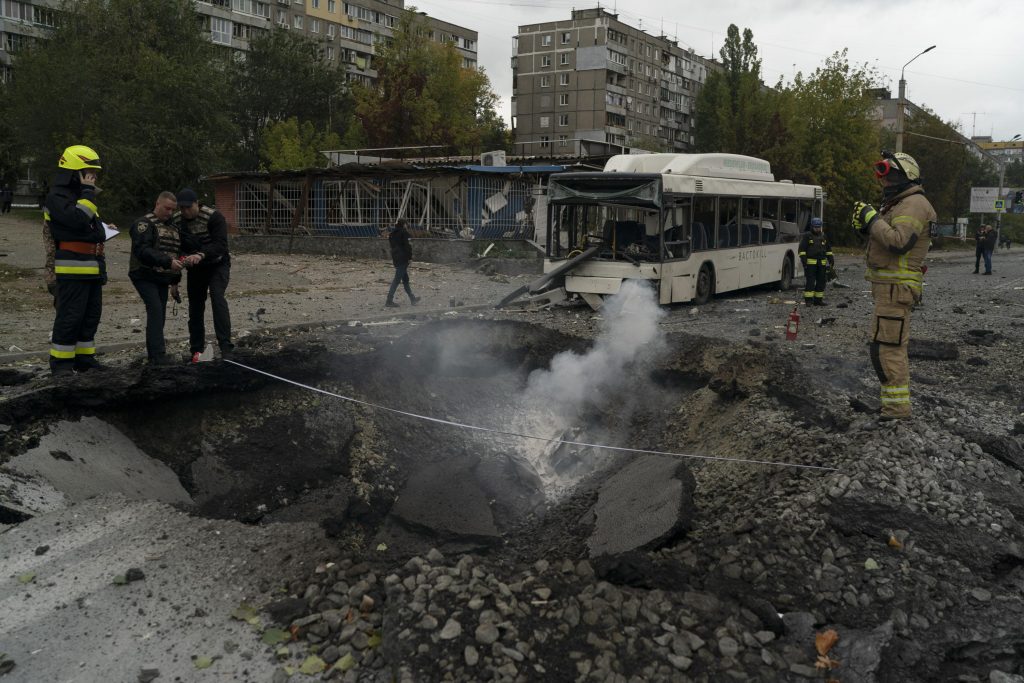 “Just spoke with (Ukrainian Foreign Minister) Dmytro Kuleba to reiterate US support for Ukraine following the horrific Kremlin attacks this morning,” Blinken wrote in a tweet. “We will continue to provide unwavering economic, humanitarian and security assistance so that Ukraine can defend itself and care for its population.”

NATO Secretary General Jens Stoltenberg also spoke with Kuleba on Monday. In a tweet, Stoltenberg said that he “condemned Russia’s horrific and indiscriminate attacks on civilian infrastructure in Ukraine.”

He stated that the military alliance “will continue to support the brave Ukrainian people to fight against the Kremlin’s aggression for as long as it takes.”