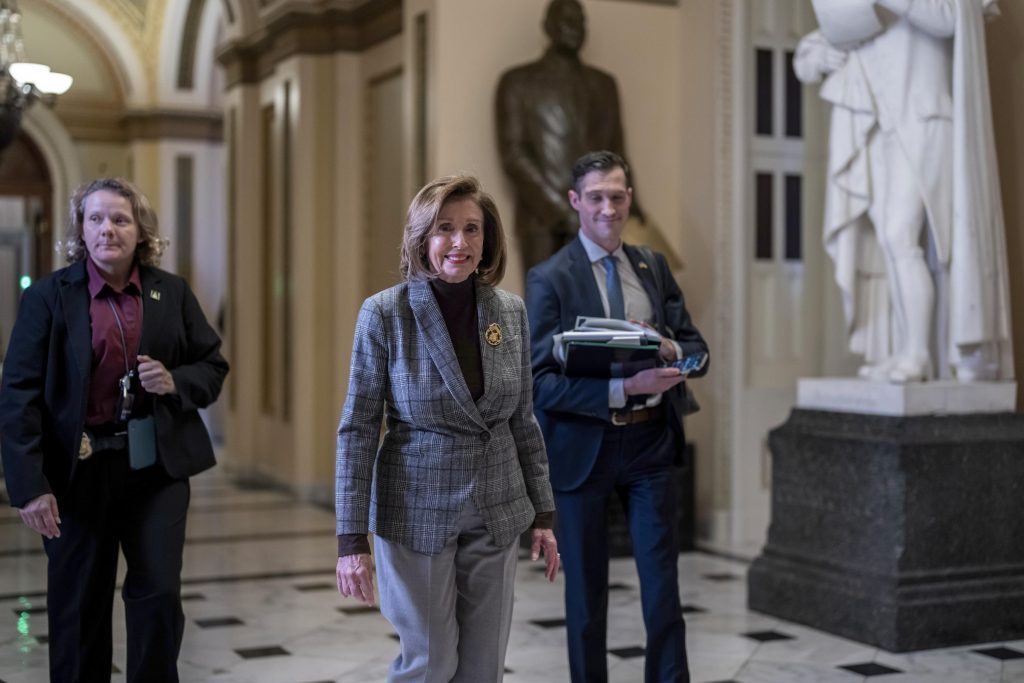 WASHINGTON (HPD) — A $1.7 trillion budget bill that will fund federal agencies through September and provide more aid to Ukraine passed the House Friday as lawmakers rush to finish their year’s work and avoid a partial government shutdown.

The bill passed mostly along party lines, 225-201, and was sent to President Joe Biden for signing into law.

The passage of the bill marked a closing ceremony for Rep. Nancy Pelosi’s second term as Speaker of the House. Republicans will take control of the House of Representatives next year, and Rep. Kevin McCarthy is campaigning to replace her.

McCarthy is turning to the support of the hardest conservatives on the bloc who have strongly criticized the size of the bill and many of the priorities it contains. In a speech lasting about 25 minutes, he criticized the bill for spending too much and doing too little to curb illegal immigration and the flow of fentanyl across the US-Mexico border.

Pelosi said, “We have a great bill here because we had great needs for the country.”

The Senate approved the bill with strong bipartisan support on Thursday.

The bill is 4,155 pages long, not including amendments the Senate added. It contains an increase of about 6% in spending for national initiatives, to $772.5 billion. Spending on defense programs will rise 10% to $858 billion.

The bill’s approval came just hours before funding for federal agencies was set to expire. Lawmakers approved two stopgap spending measures to keep the government running until now and a third on Friday to ensure services continue for the rest of the year until Biden can sign the measure.

The huge bill encompasses 12 appropriations, aid to Ukraine and disaster support for communities recovering from hurricanes, floods and wildfires.

In a dramatic address to Congress late Wednesday, Ukraine’s President Volodymyr Zelenskyy told lawmakers the aid was not charity, but an investment in global security and democracy.