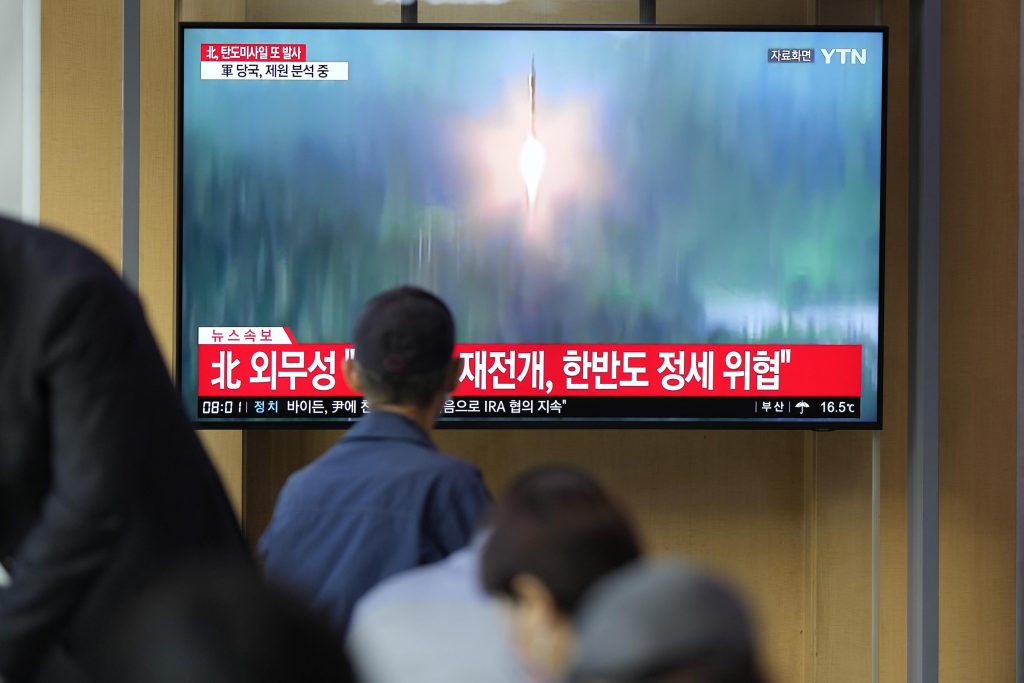 The carrier and its battle group returned to waters off the Korean peninsula after North Korea this week launched a nuclear-capable missile that streaked through the skies over Japan in response to earlier exercises by the US carrier group with South Korean naval vessels. . Pyongyang sees the military exercises between Washington and Seoul as a rehearsal to invade the country.

The maneuvers of the last two days, in which American and South Korean destroyers and other ships are also participating, were carried out in international waters off the eastern coast of the peninsula. The exercises are aimed at bolstering the allies’ defense capabilities and will include training to escort the Reagan to the southeast of South Korea’s southern island of Jeju, South Korea’s Joint Chiefs of Staff said in a statement.

“We will continue to strengthen our strong operational capabilities and readiness to respond to any North Korean provocation,” according to the statement.

The North Korean government could react to the new maneuvers with more missile tests. The country’s foreign ministry said Thursday that the carrier group’s redeployment poses “a serious threat to the stability of the situation on the Korean peninsula and its vicinity.”

With its unprecedented pace of weapons testing this year, North Korea seeks to credibly threaten the continental United States and its regional allies with nuclear weapons, then engage Washington from a position of greater strength as a Recognized nuclear state.

North Korea fired two ballistic missiles on Thursday, its sixth round of launches of such weapons in less than two weeks.