Skip to content
Home » US and Japan strengthen alliance through agriculture 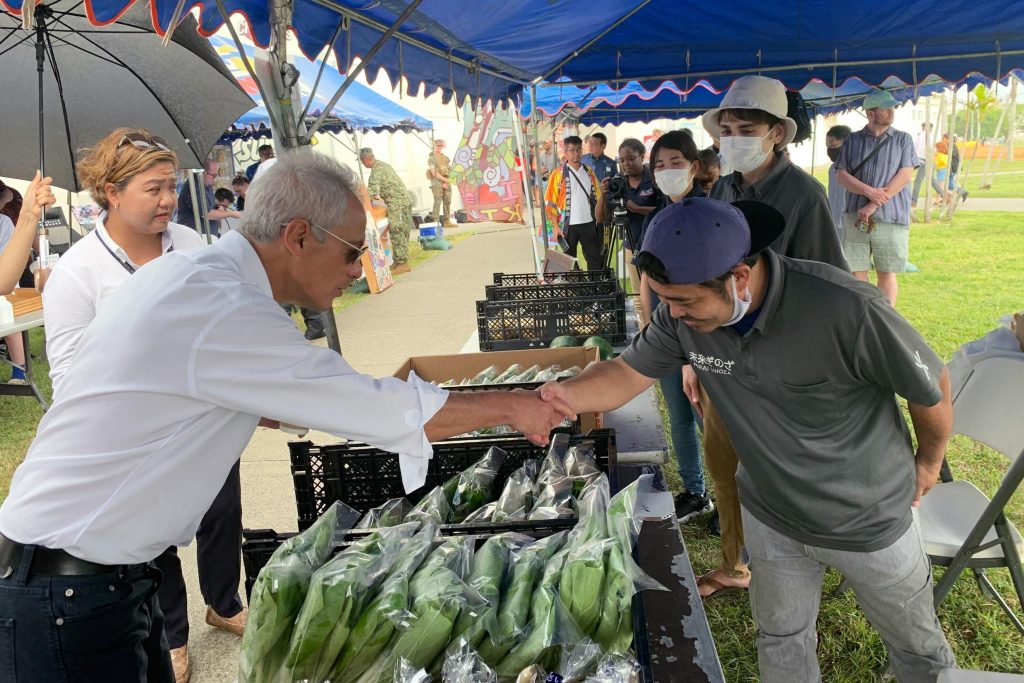 TOKYO (HPD) — As the United States and Japan further strengthen their military alliance, they have turned to local farmers to foster friendlier ties between American military bases and their Japanese neighbors.

On Sunday, about 20 Okinawan farmers and vendors arrived at Camp Hansen, a Marine Corps base on the southern Japanese island of Okinawa, bringing spinach, pineapples, large lemons and other locally grown fresh vegetables and fruits that , according to the US embassy, ​​attracted hundreds of customers.

Ambassador Rahm Emanuel, who proposed the event, said the market brought healthy, local produce to consumers at Camp Hansen, while providing new customers for Japanese farmers and businesses. He bought spinach from Okinawa, according to the US embassy.

“An event in which we all came out winners,” Emanuel tweeted.

Fostering good relations with their host communities is important to the US military in Japan, especially in Okinawa, where the strong US military presence has had a tense history.

Okinawa returned to Japan after the US occupation in 1972. Today, most of the 50,000 US troops stationed in Japan under a bilateral security pact, as well as 70% of US military installations, remain on Okinawa, which it represents 0.6% of Japanese territory.

Many Okinawans who complain about noise, pollution, accidents and crime related to US troops are now concerned about a possible emergency in Taiwan, just west of Okinawa and its outer islands, as an increasingly assertiveness heightens tensions amid rivalry with Washington.

A week ago, there was another farmers market at Yokota Air Base, in the western suburbs of Tokyo.