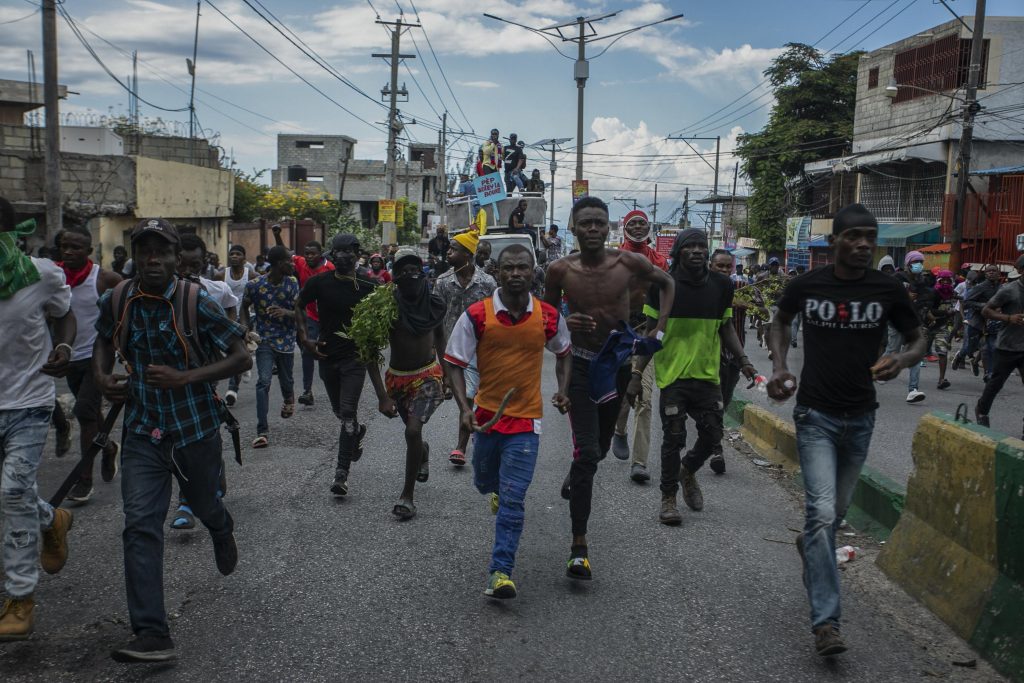 SAN JUAN (HPD) — The United States and Canada sent armored vehicles and other supplies to Haiti on Saturday to help police battle a powerful gang amid a pending request from the Haitian government for the immediate deployment of foreign soldiers.

The US State Department said in a statement that the Haitian government purchased the equipment, but did not elaborate on the supplies being airlifted to the capital, Port-au-Prince.

A spokesman for the armed forces of the US Southern Command said he was not authorized to provide more information about the equipment sent, but noted that the joint operation involved the US Air Force and the Royal Canadian Air Force.

“This team will assist (the Haitian National Police) in their fight against criminal figures who are fomenting violence, disrupting the flow of critically needed humanitarian assistance, and obstructing efforts to curb the spread of cholera,” according to the State Department. .

The Pan American Health Organization indicated that there are more than 560 suspected cases of cholera, some 300 hospitalizations and at least 35 deaths, although experts warn that the figures could be much higher than those reported.

The team arrived more than a month after one of Haiti’s most powerful gangs surrounded a fuel terminal and demanded the resignation of Prime Minister Ariel Henry.

For their part, protesters have blocked roads in major cities in protest at the sharp increase in fuel prices after Henry announced in early September that his government could no longer subsidize gasoline and diesel.

Since then, gas stations have closed, hospitals have reduced services and banks and grocery stores are operating with restricted hours as fuel, water and other supplies dwindle across Haiti.

Owners of a fuel terminal announced Saturday that armed men attacked the facility for the second time and fled with nearly 106,000 liters (more than 28,000 gallons) of fuel after overpowering security and emergency personnel at the scene.

It was the second time this week that armed men have broken into the terminal, which stores more than 10 million gallons of gasoline and diesel and more than 800,000 gallons of kerosene.