Skip to content
Home » Unrest grows: Putin turns 70 without much to celebrate 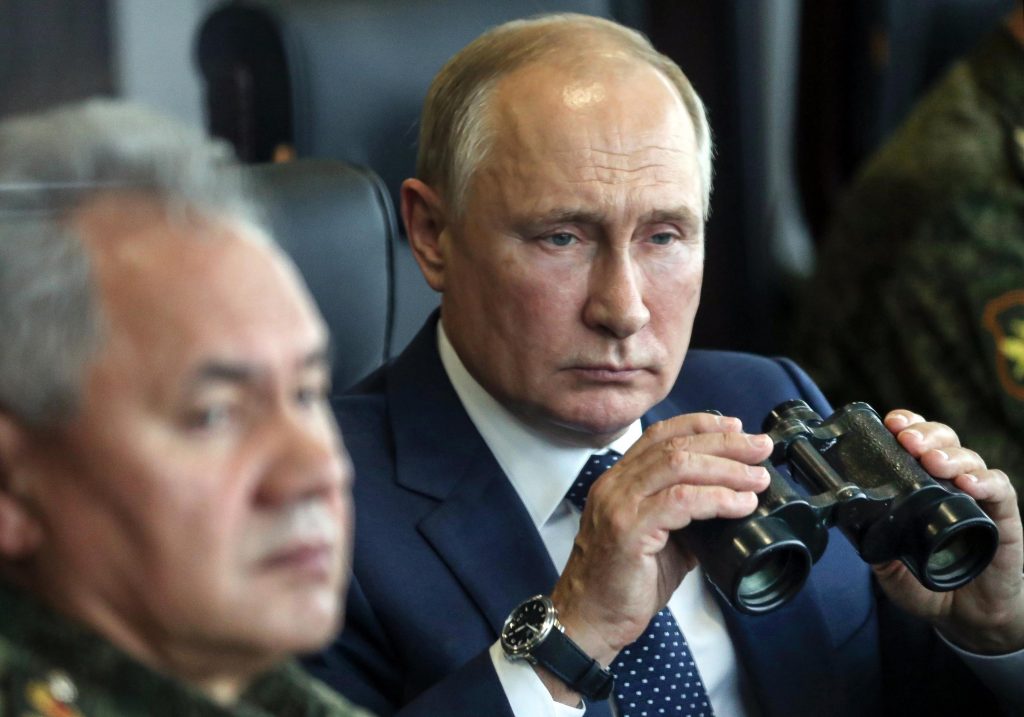 Vladimir Putin turned 70 on Friday in the eye of a storm of his own making: His army suffers humiliating setbacks in Ukraine. Hundreds of thousands of Russians escape a mobilization order and several of his main collaborators rant in public against the military leaders.

Putin’s room for maneuver is shrinking and he resorts to threats that he could use nuclear weapons to keep the territories he conquered in Ukraine, a prospect that contradicts the promises of stability he made during his 22 years in power.

“This is a really tough time for him, but he can’t blame anyone. He created it himself,” said Andrei Koleskikov, senior fellow at the Carnegie Endowment. “And he keeps insisting, getting himself into big, big trouble.”

In launching his disastrous war in Ukraine, Europe’s largest military conflict since World War II, Putin ignored an unspoken social contract in which the Russian people agreed to part with post-Soviet political freedoms in exchange for a relative prosperity and internal stability.

Mikhail Zygar, a journalist with many contacts with the Kremlin elite who wrote a best-selling book on Putin and his entourage, said the invasion caught not only the public but also Putin’s closest allies by surprise.

“Everyone is in shock,” Zygar declared. “No one wanted things to go the way they did, because they are going to lose everything. They are all stained with blood and they know they have nowhere to go.”

Stanislav Belkovsky, a political consultant also with extensive contacts with the ruling class, described the invasion as a mechanism of “self-destruction” that will wipe out Putin, his regime and the Russian Federation.

With the Russian army retreating in the face of advancing Western-armed Ukrainian armed forces, Putin doubled down by annexing four Ukrainian regions and declaring a partial mobilization of up to 300,000 reservists to bolster a crumbling vanguard.

The poorly organized recruitment created chaos. The military struggles to equip new recruits, many of whom were asked to buy first aid and other basics themselves and had to sleep on the floor waiting to be sent to the battle front.

Conversations about how to avoid conscription abound on social media, and hundreds of thousands of men escaped the mobilization, piling up at the borders with neighbors from the former Soviet Union, determined to leave the country.

The mobilization, according to Kolesnikov, affected Putin’s popularity and set the stage for possible political upheaval. “After this partial mobilization, it is impossible to tell anyone that he stabilized the system. It shook the foundations of stability.”

The military setbacks were met with insults towards the military from some of Putin’s top aides. The Kremlin did nothing to silence them, which could be an indication that it is preparing to make changes to the military leadership, blaming it for the fiasco.

The growing turmoil represents a stark contrast to the image of stability that Putin has cultivated since he assumed the reins of power in 2000. Putin has said on numerous occasions that the turmoil that characterized the administration of his predecessor, Boris Yeltsin, had been a period of great deterioration, in which the riches of the country were squandered by tycoons connected to the Kremlin and the West, and millions of people were plunged into poverty.

Russians have welcomed Putin’s promises to help oil wealth restore the country to greatness and have been largely indifferent to the Kremlin’s relentless curtailment of political freedoms.

Putin scholars say he still believes he can emerge victorious. Belkovsky claims that he plans to use energy as a means of pressure. By reducing the flow of gas to Europe and agreeing with OPEC to reduce oil production, he could drive up prices and cause concern in the United States and its allies.

Putin wants the West to tacitly accept the current status quo in Ukraine, resume energy cooperation with Russia, lift the strongest sanctions and unfreeze Russian assets it froze, according to Belkovsky.

“He still thinks he can get away with it in a long confrontation with the West, in which the war in Ukraine is just one element, important but not decisive,” he added.

Putin threatened to use “all available means” to defend the annexed territories in Ukraine, in an effort to pressure the West to accept the current situation.

Kolesnikov described the threats to use nuclear weapons as a sign of desperation.

“It’s the last step you can take, in the sense that it would be suicidal,” the expert said. “If he is willing to do it, he means that we are facing a dictator who is worse than Stalin.”

Some analysts say NATO could respond with conventional weapons if Putin pushes the nuclear button.

Belkovsky says that Putin is convinced that the United States and its allies would not respond if Russia used limited-range nuclear weapons in Ukraine.

“If the United States believes that it is psychologically unprepared to do so, it is mistaken,” Belovsky said.

Zygar, for his part, commented that insiders did not predict the annexation of Crimea in 2014 or the current invasion because they used rational criteria.

“Our perceptions about rational limits turned out to be wrong,” Zygar said. “Those limits do not exist.”