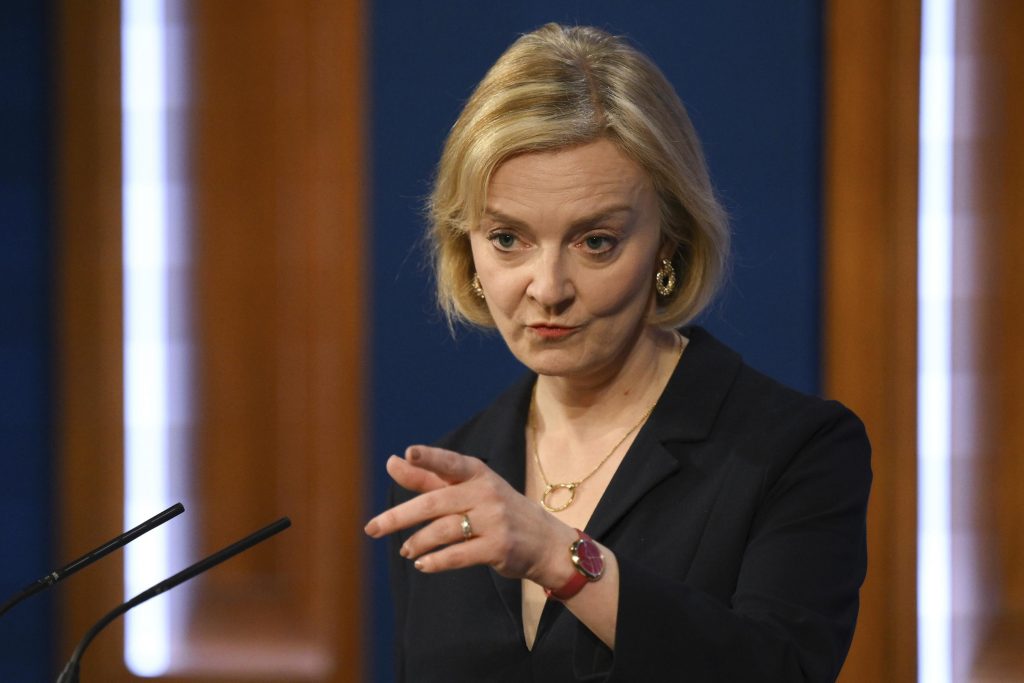 LONDON (HPD) — Powerless, humiliated, branded a “ghost” prime minister and compared to a lettuce plant, this has not been a good week for Liz Truss.

The British prime minister was trying to regain power on Tuesday after her economic plans were shredded and repudiated by a Treasury chief she was forced to appoint to prevent a total collapse of financial markets.

Truss remains in office for now, largely because her Conservative Party is divided and doesn’t know how to replace her.

In an attempt to project an image of normality, Truss chaired a cabinet meeting on Tuesday and met with lawmakers from different conservative factions to tell them that her remaining in the post is a guarantee of stability, despite the fact that she has been forced to throw out practically the entire program with which they elected her party leader just a month and a half ago was thrown out the window.

Humiliated but defiant, Truss acknowledged on Monday that “mistakes were made” but insisted she would lead the Conservatives until the next general election.

Few believe it. Britain’s lively political press, usually divided, is this time united in the view that the Truss government is doomed. The conservative tabloid The Sun called her a “phantom PM” and said “for the good of the country, we can’t go on like this.” The centre-left Guardian compared the Conservatives to a crew of mutineers: “Truss has not abandoned his party. But it seems that he has abandoned her.”

The weekly The Economist said that the length of time that Truss would control the government — before the September 23 “mini-budget” that set the markets ablaze — was “about the length of a head of lettuce”. The Daily Star tabloid published a photo of the prime minister next to a lettuce plant adorned with a blonde wig, eyes and mouth. The question is: “Can Liz Truss outlast this lettuce?”

At first, Truss tried to stay the course after the initial package of 45 billion pounds ($50 billion) in unfunded tax cuts spooked markets, pushed up interest rates on loans and mortgages and sent them into a tailspin. of the pound The Bank of England had to intervene to protect pension funds, beset by bond market volatility.

Under intense political and economic pressure, Truss fired the Treasury secretary, his ally Kwasi Kwarteng, to replace him with Jeremy Hunt, a veteran who had been sidelined since 2019. He scrapped nearly all tax cuts along with energy policy and the promise of Truss that there would be no cuts in government spending, warning that “many tough decisions” still had to be made.