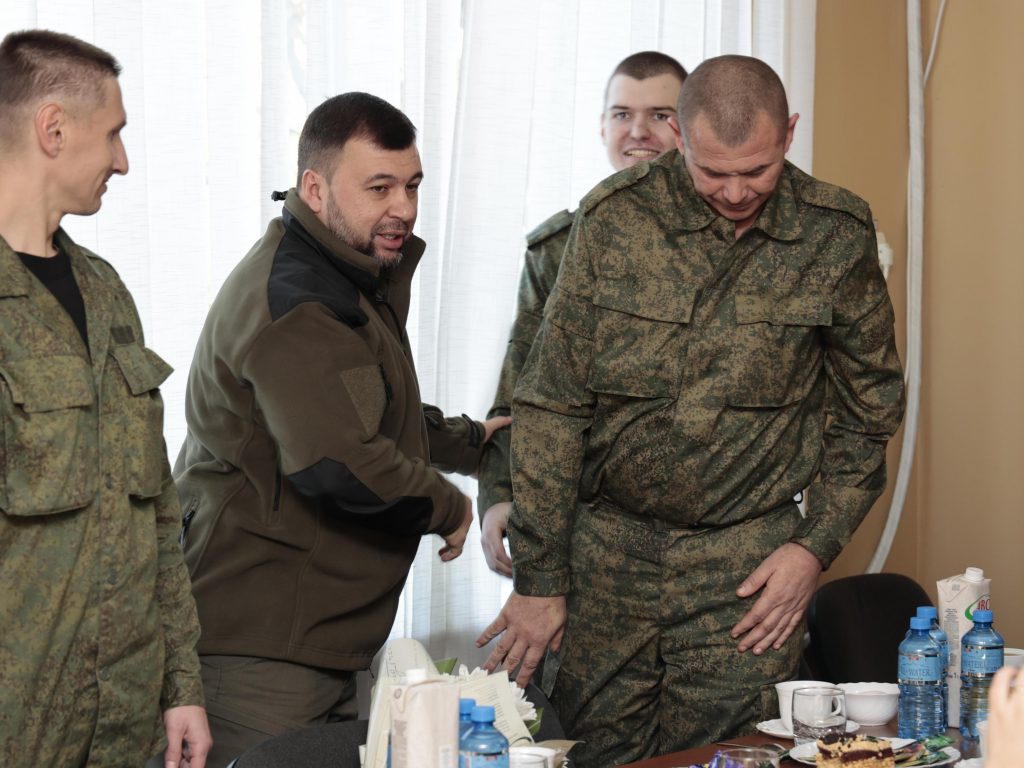 Reviews at two locations in Ukraine had begun and would be completed soon, International Atomic Energy Agency director Rafael Grossi said in a statement. The inspections were requested by kyiv following Russian accusations.

Members of the Russian government, including President Vladimir Putin, have made unsubstantiated accusations that Ukraine is preparing to use what is known as a dirty bomb, an explosive combined with radioactive material.

Western countries have flatly rejected the accusation, calling it “clearly false.” Ukrainian authorities dismissed it as an attempt to distract attention from Moscow’s own alleged plans to detonate a dirty bomb to justify an escalation of hostilities.

The IAEA said the two sites under investigation “are subject to IAEA safeguards and have received regular visits from IAEA inspectors” whose job it is to detect undeclared nuclear activity as well as materials related to the manufacture of dirty bombs.

“The IAEA inspected one of the two locations a month ago and no undeclared nuclear material or activities were found there,” the agency said in a statement Monday.

Cities and towns around the plant suffered more attacks between Monday and Tuesday, according to the Ukrainian president’s office. In Nikopol, which is across the Dnieper River from the nuclear power plant, the offensive damaged 14 residential buildings, a nursery school, a pharmacy, a bank and several businesses, the office added.

Russian shells hit 14 towns and villages in the eastern Donetsk region on Monday and Tuesday, destroying sections of railway track, damaging a power line and knocking out mobile communications in some areas. Another missile hit the city of Kramatorsk, where the Ukrainian army is based.

Three civilians were killed and three others wounded in the attacks, said the region’s governor, Pavlo Kyrylenko. Donetsk is one of four regions illegally annexed by Moscow last month, and heavy fighting continues as Russian forces continue their heavy-handed offensive on the cities of Bakhmut and Avdiivka.

Another woman was killed by Russian rockets hitting apartment buildings and a school in the southern city of Mykolaiv, its mayor said on Tuesday.

Ukraine was still grappling Tuesday with the fallout from widespread Russian attacks the day before, which cut off water and electricity to several Ukrainian cities and towns.

Authorities had restored water and electricity supplies to residential buildings in kyiv, Mayor Vitali Klitschko announced, although scheduled power cuts would continue in the capital due to considerable power shortages.

In Kharkiv, Ukraine’s second-largest city, metro service was suspended again on Tuesday, according to the metro’s Telegram account, which gave no reason for the cut.

In the occupied Jershon region, Russian-backed authorities attempted to evacuate up to 70,000 more people living 15 kilometers (9 miles) or less from the Dnieper River in anticipation of an advancing Ukrainian counteroffensive in the area. The operation was already underway Tuesday morning, according to the Kremlin-appointed governor in the region, Vladimir Saldo.

In Russia, the usual autumn conscription began on Tuesday and a total of 120,000 men were expected to be recruited in two months. Russian authorities have assured that the recruits will not be sent to fight in Ukraine, which includes the annexed regions.

But the US-based Institute for the Study of War said in its latest report that the Russian Defense Ministry is “trying to mislead the Russian population” into believing that fall recruits will not be sent to fight in Ukraine. , probably to avoid defections.

Russia’s illegal annexation of four Ukrainian regions “means that all combat will take place in areas the Kremlin claims as Russian territory,” the report said, so that “conscripts will almost certainly be deployed to Ukraine when their training in Ukraine is completed.” around March or April 2023, and could be deployed sooner based on changes on the battlefield.”

This year’s fall recruitment was scheduled to start in October, but was delayed by a month due to the partial mobilization of 300,000 men, which was completed on Monday. Kremlin critics have warned that the call-up could resume when the fall draft is over and enlistment offices are cleared after processing recruits.

Russian Defense Minister Sergei Shoigu said on Tuesday that of the 300,000 men recruited in the partial mobilization announced by Putin on September 21, 87,000 had been deployed to Ukraine. Some 3,000 military instructors with combat experience gained in Ukraine this year participated in the training, Shoigu said.

According to activists and Russian media reports and The Associated Press, many of the mobilized reservists were inexperienced, instructed to procure basic supplies such as first-aid kits and bulletproof vests on their own, and received no training before being sent into combat. Some died just days after being recruited.