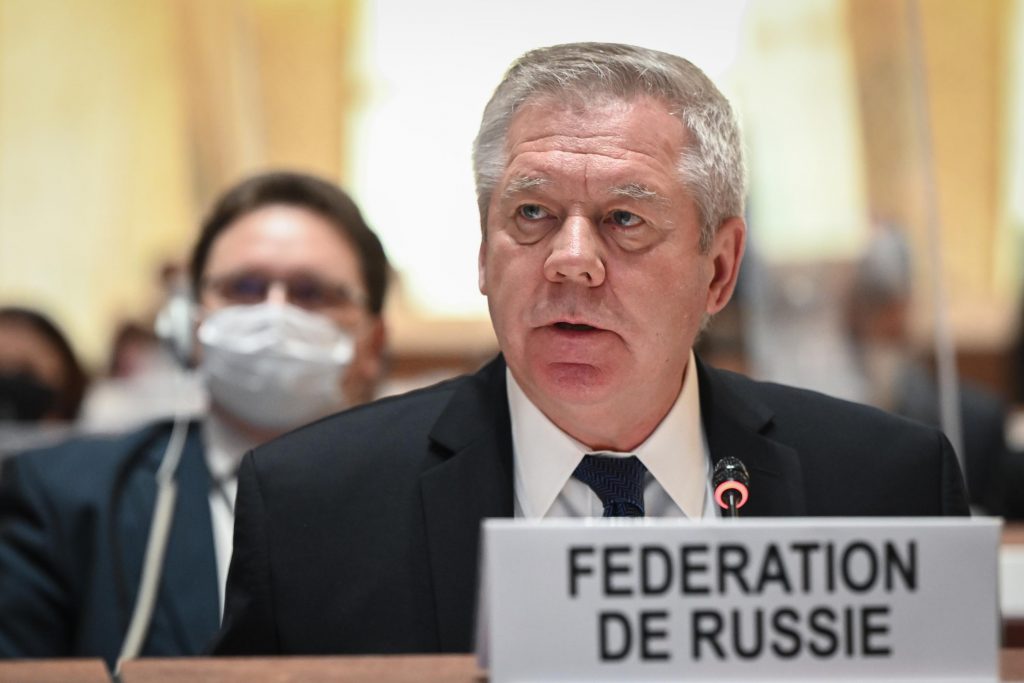 GENEVA (HPD) — The U.N. Human Rights Council voted Friday to appoint an independent expert to step up monitoring of individual rights in Russia, where arbitrary arrests, a crackdown on dissidents and limits on free expression have worsened since the start of the war in Ukraine.

The 47-member body approved the proposal — put forward last week by all European Union countries except Hungary — by a vote of 17-6, with 24 abstentions. Shortly before the vote in Geneva, the Russian human rights group Memorial was named co-winner of the Nobel Peace Prize.

Western countries gave the most votes in favor, in addition to Paraguay, the Marshall Islands and Ukraine. Bolivia, China, Cuba, Eritrea, Kazakhstan and Venezuela voted against.

The original proposal expressed concern about “massive forced closures” against the independent press, non-governmental organizations and opposition groups in Russia.

The majority in the Human Rights Council agreed to appoint a “special rapporteur” to monitor human rights violations in Russia, relying in part on the help of Russian groups and activists inside and outside the country.

It is the first time that the Council has authorized a special rapporteur to examine human rights in any of the five permanent member countries of the UN Security Council, which also include China, France, the United States and Great Britain.

Russian ambassador Gennady Gatilov said the draft was “a despicable document” that was intended to “find another way to put pressure on Russia.”

“This scheme by the EU and its allies is another attempt to punish our country for having independent foreign and domestic policies and to entrench the Russia issue in the Council for a long time to unleash a wave of false accusations against us,” Gatilov assured.