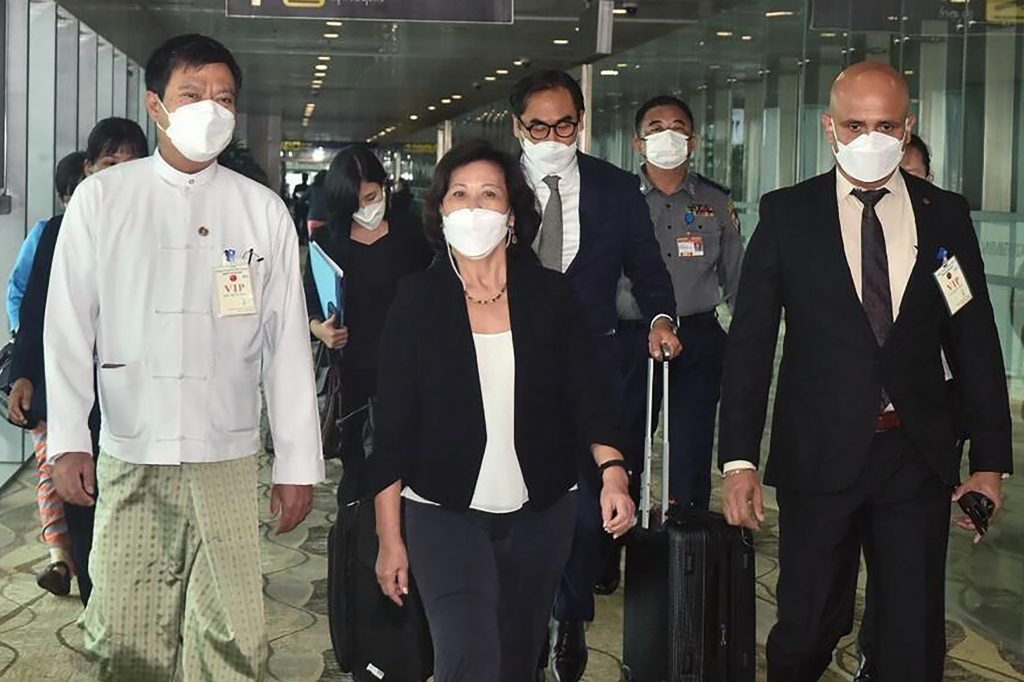 UNITED NATIONS (HPD) — The United Nations special envoy for Myanmar warned Tuesday that the humanitarian, political and human rights crisis in the military-ruled Southeast Asian country is on the rise, exacting “a catastrophic price on the people”.

More than 13.2 million people do not have enough to eat, 1.3 million are displaced, and the army maintains operations that use disproportionate force, such as bombings, burning homes and other buildings, and killing civilians, Noeleen Heyzer told the committee. human rights of the United Nations General Assembly.

It was Heyzer’s first report to the UN in New York since he visited Myanmar in August and met with the leader of the military government, General Min Aung Hlaing.

The meeting “was part of broader United Nations efforts to support a return to civilian rule,” he said. The envoy stressed that “there is a new political reality in Myanmar: a people that demands change, that is no longer willing to accept the military regime.”

Heyzer said that during his meeting with the army commander-in-chief he had made six requests: an end to aerial bombardment and the burning of civilian infrastructure; the delivery of humanitarian aid without discrimination; the release of all children and political prisoners; a moratorium on executions; ensure the welfare and allow meetings with the imprisoned former leader of the country Aung San Suu Kyi and create conditions for the voluntary and safe return of approximately one million Rohingya refugees who fled to Bangladesh to escape military repression.

Myanmar spent five decades under strict military rule that led to sanctions and international isolation. The generals were losing control, culminating in Suu Kyi taking office after the 2015 elections, and the international community responded by lifting most sanctions and investing in the country.

That ended with the military coup of February 1, 2021 after the November 2020 elections, in which the National League for Democracy won by an overwhelming majority, and which the army branded as fraudulent.

The coup was met with massive public opposition that has since turned into armed resistance that some United Nations experts, including Heyzer’s predecessor, Christine Schraner Burgener, have described as a civil war.

Much of the international community, including Myanmar’s partners in the Association of Southeast Asian Nations, have expressed frustration at the harsh approach the generals have followed in resisting reforms. Myanmar’s rulers agreed to an ASEAN five-point plan in April 2021 to restore peace and stability to the country, but the military has made little effort to implement the plan.

The roadmap includes an immediate cessation of violence, dialogue between all parties, mediation of the talks by a special ASEAN envoy, delivery of humanitarian aid through channels of the regional organization and a visit to Myanmar by the group’s special envoy to meet with all parties involved. Both Heyzer and ASEAN special envoy Prak Sokhonn, a Cambodian minister, have visited the country but neither were allowed to meet Suu Kyi.