Skip to content
Home » UN: 2 million children have not returned to school in Pakistan 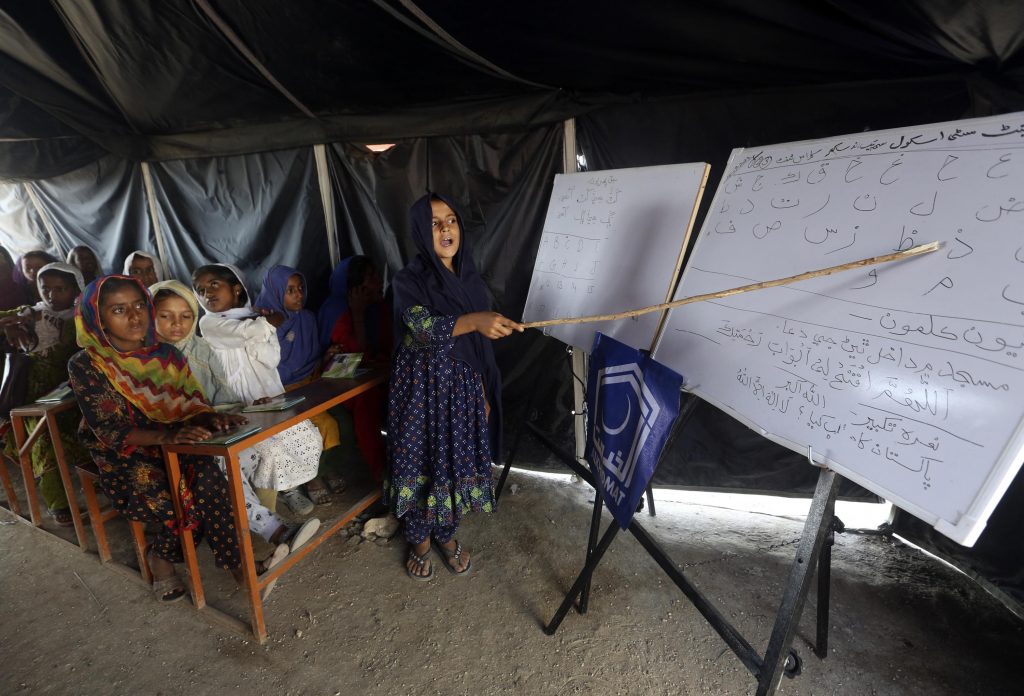 The rains, which began in mid-June, damaged or destroyed almost 27,000 school buildings, according to UNICEF. It will likely take weeks or even months for the flooding to subside completely, the organization added. In some places, the roofs of schools have not yet begun to emerge.

Record flooding, which experts say has been exacerbated by climate change, has killed 1,735 people and displaced 33 million people in Pakistan, especially in Sindh and Baluchistan provinces.

Among those killed by the floods were 647 children, according to Pakistani authorities.

UNICEF education officer Robert Jenkins visited some of the survivors on Thursday and later said it was unclear when children still out of school would be able to return to school.

“Almost overnight, millions of Pakistani children lost family members, homes, safety and their education, in the most traumatic circumstances,” Jenkins said after the visit.

UNICEF has set up more than 500 temporary learning centers in flood-affected districts, providing support and school supplies for teachers and flood victims.

Pakistan has also called on the international community to increase aid for flood survivors, now threatened by the onset of winter.

China announced another $68 million in aid to Pakistan on Wednesday, bringing China’s aid to the country for the floods to $150 million. The announcement was made during a visit by Pakistani Prime Minister Shahbaz Sharif to Beijing.

China has so far been the biggest donor after the disaster, followed by the United States, which has given $97 million in aid since June. The World Bank estimates that the floods caused $40 billion worth of damage.