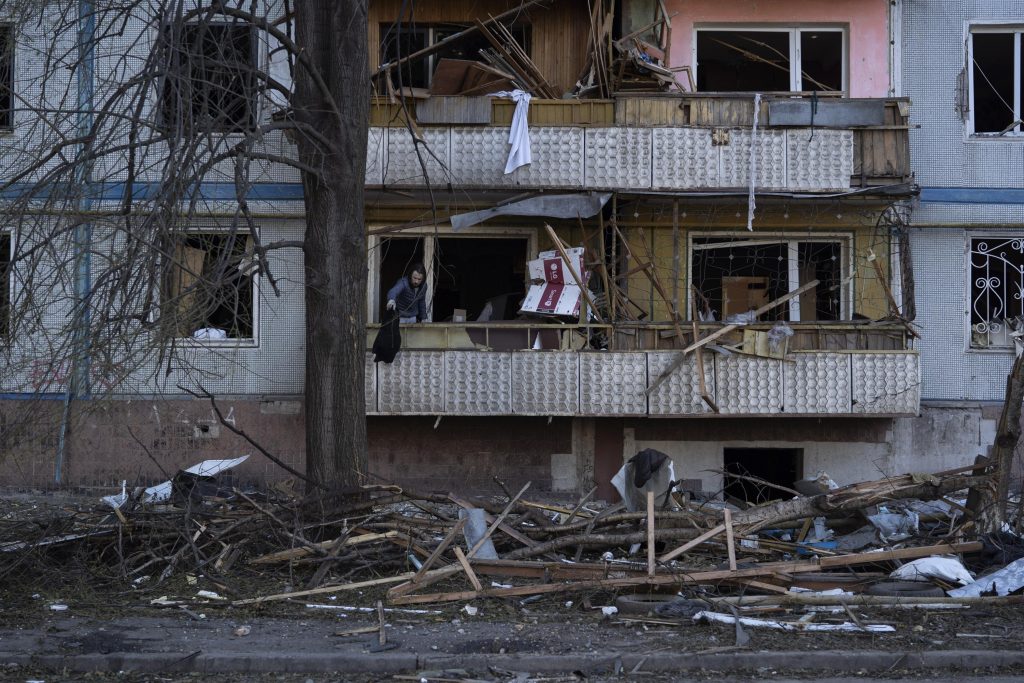 MOSCOW (HPD) — Ukrainian forces continued to increase pressure on Russian positions in the occupied Kherson region Friday, attacking supply routes across the Dnieper River as they prepared to launch a full-fledged assault to retake the strategic port city.

Some 2,000 Russian conscripts have arrived in the Kherson region “to recoup losses and reinforce units at the front,” according to the Ukrainian General Staff.

The Antonivskyi bridge on a main route from Crimea to Russian-held territories in southern Ukraine was attacked, Natalia Humeniuk, a spokeswoman for the Ukrainian operational command in the south, said Thursday after a 10 p.m. curfew. ordered to avoid civilian casualties.

“We do not attack civilians or populations,” Humeniuk told Ukrainian television after Kirill Stremousov, deputy head of the Moscow-installed regional administration, accused Ukraine of alleged attacks that killed at least four civilians.

Stremousov maintained that the attack took place 40 minutes after curfew. Another 13 people were injured, Kherson’s top health official, Vadim Ilmiyev, said. Among the dead and wounded were journalists from the Russia-created Tamvria TV channel, Stremousov said.

Previous Ukrainian attacks had disabled the Antonivskyi Bridge, so Russian authorities brought in ferries and set up pontoons to bring supplies to Russian forces in Kherson, which is on the west bank of the Dnieper. Those crossings have been frequent targets of Ukrainian rockets.

Russian-installed officials have urged residents to evacuate the city of Kherson for their own safety and to allow fortifications to be built. The Ukrainian military command reported on Friday that the evacuation of bank employees, medical staff and teachers had begun, and the city’s infrastructure had begun to come to a standstill. At least 15,000 of a total of 60,000 people have been evacuated from the city and its surroundings.

Kherson, with a population of 284,000 before the war, was one of the first urban areas taken by the Russian invasion and remains the largest in its possession. It is a strategic target for both sides due to its industries and its large river port.