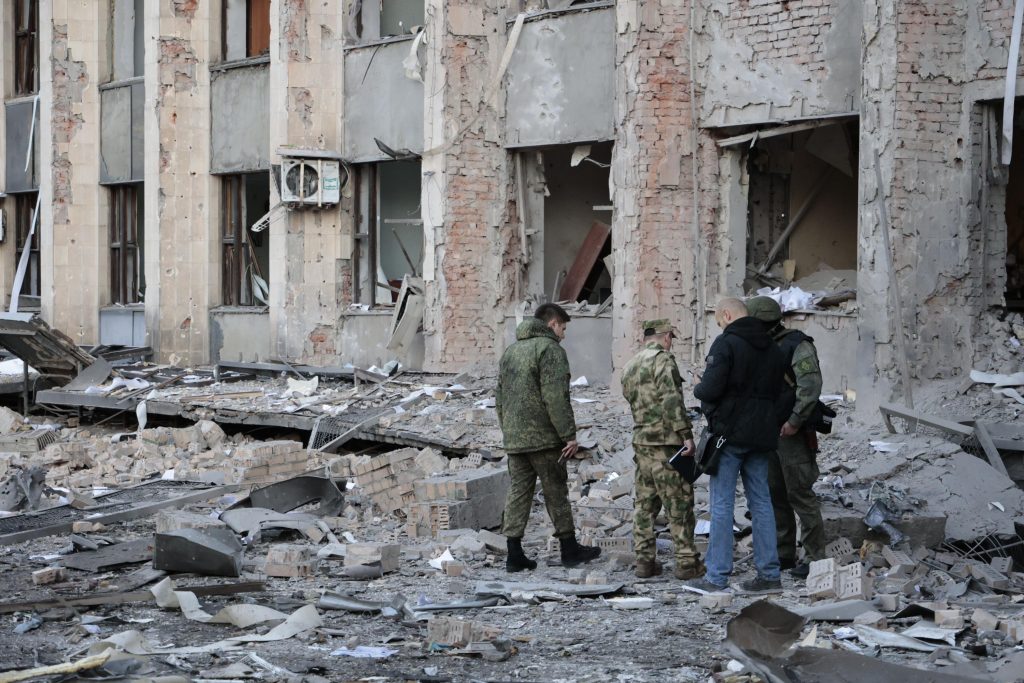 The attacks come as Russia has lost ground in the nearly seven weeks since Ukraine’s armed forces opened their counteroffensive in the south. In retaliation, the Kremlin last week launched the largest airstrikes against Ukrainian infrastructure since the start of the war on February 24.

The municipal building in separatist-controlled Donetsk was badly damaged by the rocket attack. Plumes of smoke swirled around the building, which had rows of smashed windows and a partially collapsed roof. Nearby cars were burned.

There were no immediate reports of casualties. kyiv did not immediately claim responsibility or comment on the attack.

Separately, Ukrainian authorities reported Sunday that at least six people were injured as a result of rocket attacks outside Zaporizhia, Europe’s largest nuclear power plant, which is operated by Ukrainian personnel but is in Russian hands.

Both countries have repeatedly accused each other of firing at and around the plant.

Regional authorities also reported that Russian rockets destroyed two schools, a park and private homes in the southern region of Zaporizhia, which has suffered sustained Russian shelling since Moscow illegally annexed it along with three other Ukrainian provinces last month.

The annexation announcement came despite the fact that 20% of Zaporizhia remains under Ukrainian military control, and some analysts paint the recent large-scale attacks as part of the Kremlin’s strategy to subjugate the region.