Skip to content
Home » Ukraine: More Evictions in Kherson and Attacks on Infrastructure 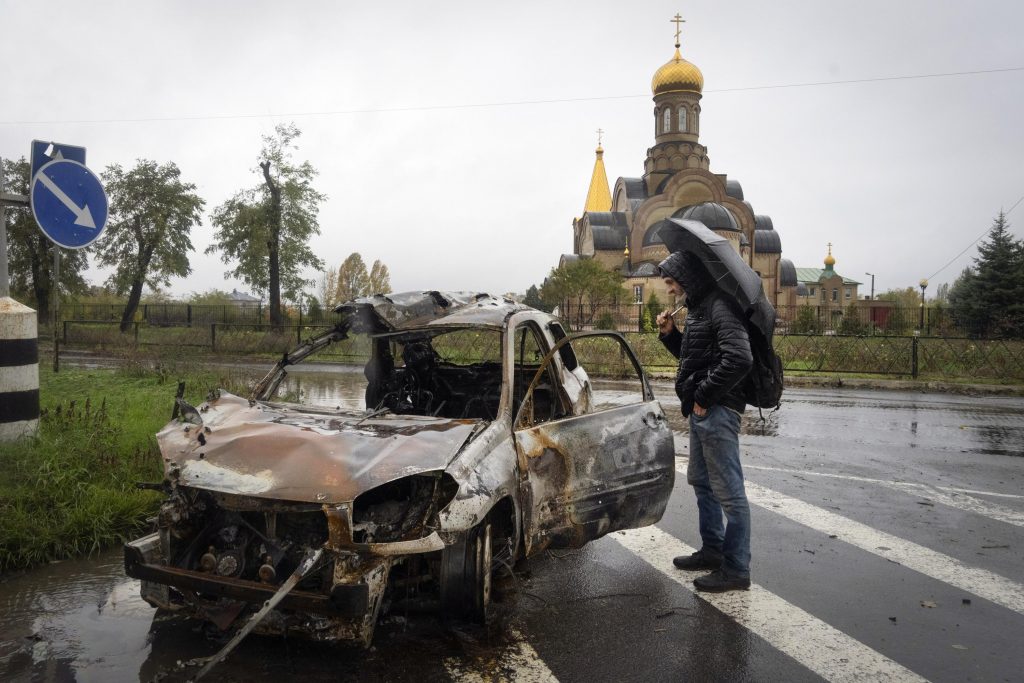 kyiv, Ukraine (HPD) — Tens of thousands of residents have been evacuated from around the strategic city of Kherson as heavy fighting and attacks on power infrastructure continue, Russian-appointed authorities in southern Ukraine said Thursday. .

More than 70,000 residents of the area have been relocated, said Kherson Governor Vladimir Saldo. Ukraine has launched an offensive to regain control of Kherson, which was captured by Kremlin troops in the first days after the invasion.

Among the evacuees were members of the regional government, Deputy Governor Kirill Stremousov said. Monuments and the remains of Grigory Potemkin, the Russian general who founded Kherson in the 18th century, were also removed from the city’s St. Catherine’s Church.

Fighting has intensified around Kherson, where Ukrainian forces are attacking the Russian stronghold west of the Dnieper River that bisects the country, as well as parts of the eastern Donetsk region. Meanwhile, Russia continues its operations against energy infrastructure at the gates of winter.

“The Russians are using drones and missiles to destroy Ukraine’s power system before winter and terrorize civilians,” Kuleba said in televised remarks.

“I thank all workers in the energy sector: our rescuers, repair crews, local government officials and private companies who work diligently to maintain our energy system despite all threats. ”, Zelenskyy stated in his late-night speech on Wednesday night.

In a possible response to these operations by Moscow, the head of Sevastopol, on the Russian-annexed Crimean peninsula, reported on Thursday that a power plant located just outside the port city suffered minor damage after a drone attack.

Mikhail Razvozhayev noted that a drone hit a transformer and caused a fire that did not affect the overall operation of the facility or disrupt service.

Annexed by Russia in 2014, Crimea has suffered from drone strikes and explosions. In a major setback for Russia, on October 8, a powerful truck bomb blew up a section of a strategic bridge linking the peninsula to the Russian mainland.

The war in Ukraine and the energy crisis it has caused are likely to cause global demand for fossil fuels to peak or stall, according to a report released Thursday by the Paris-based International Energy Agency. largely due to the fall in Russian exports.

“The current energy crisis is causing a crisis of unprecedented scale and complexity,” the IEA said in its annual report, the World Energy Outlook.

The turmoil of governments is forcing advanced economies to speed up structural shifts toward renewable energy sources, the report added.