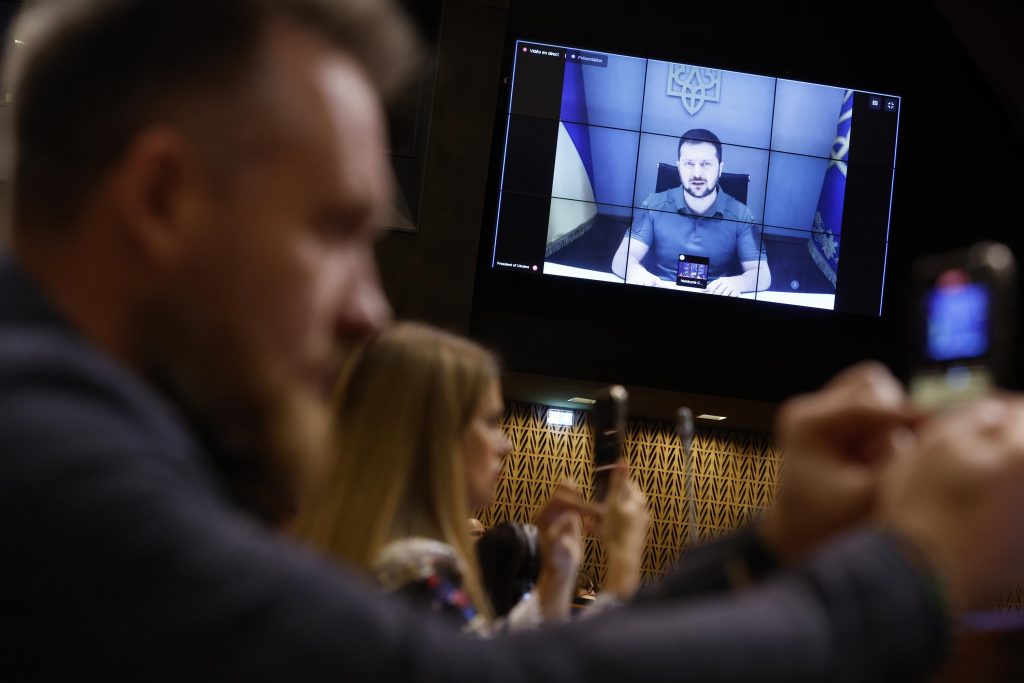 Christian Democrats, Socialists and Liberals, the three main groups within the European Parliament, nominated the Ukrainian people for this year’s Sakharov Prize for their resistance to the Russian invasion.

On top of that, the conservative group ECR specifically named Ukrainian President Volodymyr Zelenskyy as their favorite for his resistance and defense of his people.

The overwhelming support for the Ukrainian cause outpaced other candidates, including Brazilian environmental activist Sonia Guajajara and jailed WikiLeaks founder Julian Assange.

If Ukraine wins, it would be the second year in a row that the EU has sent a political message to the Kremlin with the Sakharov Prize, after Russian opposition leader Alexei Navalny won it last year while in prison.

The winner of the prize will be announced on October 19 and the €50,000 prize will be awarded during the December 14 session of the European Parliament in Strasbourg, France.