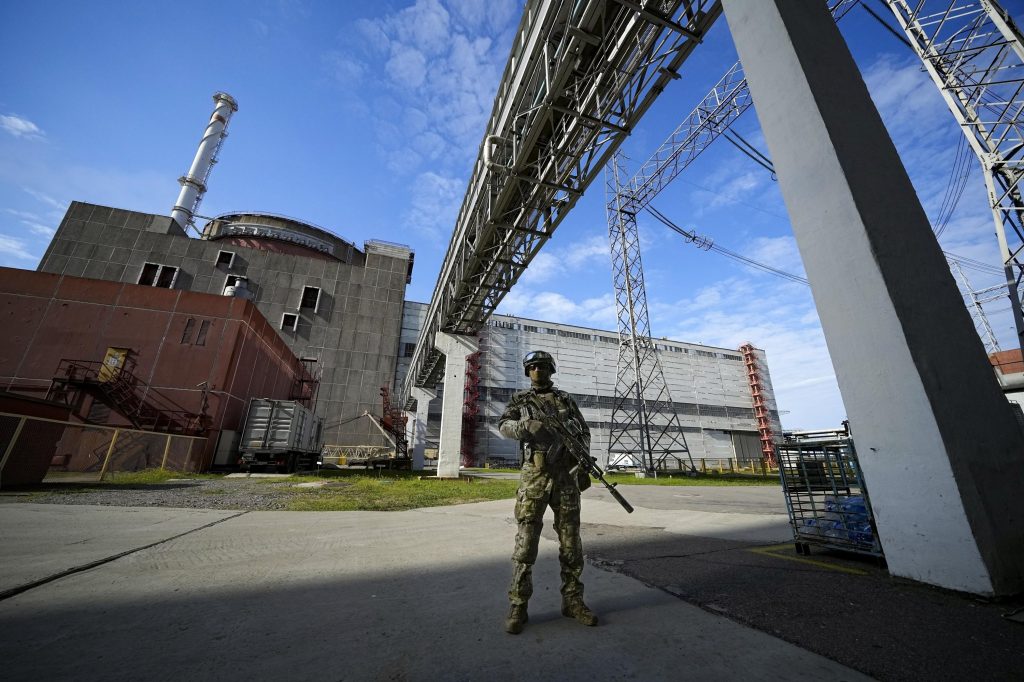 kyiv (HPD) — Ukrainian forces have retaken five towns in the southern Kherson region, according to the Ukrainian Operational Command in the south of the country. Meanwhile, the United Nations nuclear monitoring agency warned of a new loss of power at the Zaporizhia nuclear power plant.

The towns of Novovasylivka, Novohryhorivka, Nova Kamianka, Tryfonivka and Chervone in the Beryslav district returned to Ukrainian control on October 11, according to Southern Command spokesman Vladislav Nazarov.

The towns were in one of the four regions recently annexed by Russia.

At the southern Zaporizhia nuclear power plant, surrounded by Russian troops, external power needed for its crucial safety systems has been cut off for the second time in five days, the head of the United Nations nuclear watchdog agency announced.

“This repeated loss of external power … is a very worrying development and underlines the urgent need for a nuclear safety and protection zone around the site,” Grossi tweeted.

New Russian attacks were also reported in the nearby city of Zaporizhia, according to a local official.

For its part, the main Russian national security agency announced on Wednesday the arrest of eight people accused of being involved in the explosion on the main bridge connecting Russia with Crimea.

The Federal Security Service, known by the Russian acronym FSB, said it had detained five Russians and three citizens of Ukraine and Armenia over Saturday’s attack, which damaged the Kerch Bridge between Russia and the Crimean Peninsula, a crucial route for passengers. and merchandise, a million-dollar work sponsored by the president of Russia, Vladimir Putin.