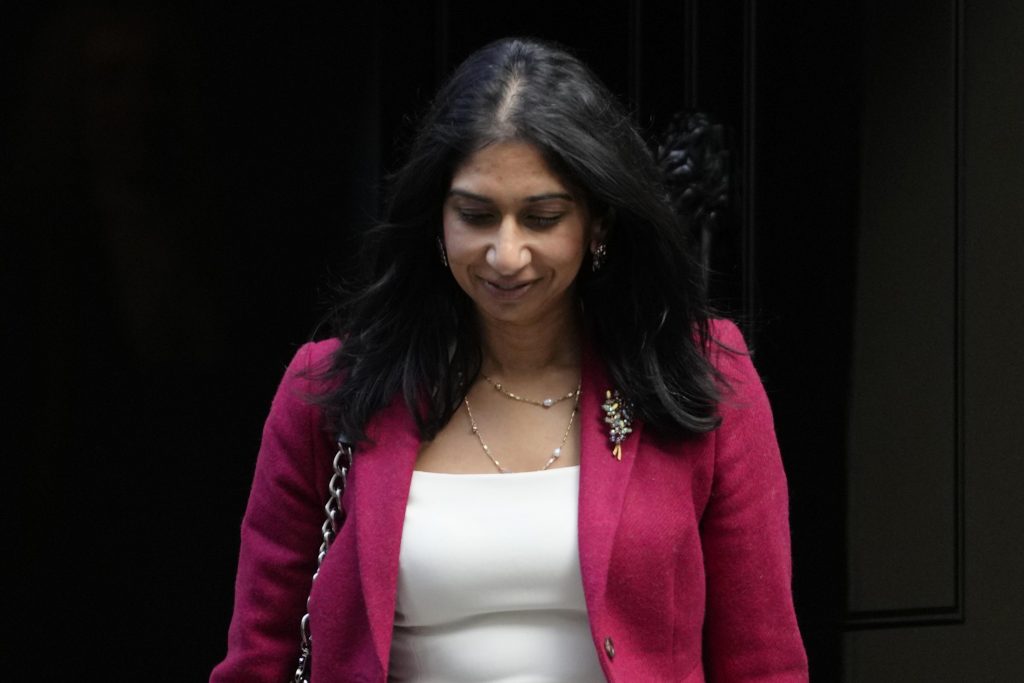 Suella Braverman used the term Monday when defending conditions at a processing center for newly arrived migrants, where some 4,000 people have been housed in a 1,600-capacity facility.

Boat crossings, the official said, constitute “the invasion of our southern coast” and “illegal immigration is out of control.”

His deputy, Immigration Minister Robert Jenrick, distanced himself from the pronouncements.

“In a role like mine you have to choose your words very carefully,” Jenrick told Sky News. “And I would never demonize people who come to this country in search of a better life.”

Prime Minister Rishi Sunak, who appointed Braverman when he took office last week, told his cabinet that Britain “will always be a compassionate and kind country,” according to his spokesman.

The number of asylum seekers arriving by boat in Britain has gradually risen, and the system for considering claims has stalled due to turbulence within the Conservative government, which has had three prime ministers and three secretaries so far this year. inland.

Manston – formerly an air base in south-east England – is designed as a temporary processing center where migrants are supposed to spend no more than 24 hours before being taken to more stable shelters but, according to refugee groups, many of the migrants they spend weeks there. Some families are sleeping in tents and cases of diphtheria and scabies have emerged.

Prisons director Charlie Taylor said when he visited the site in recent days, he saw people sleeping on the floor and “many, many people in one room, crammed in next to each other.”

“For a few hours it would be acceptable, but if it’s long periods of time, it’s not,” Taylor told Sky News.