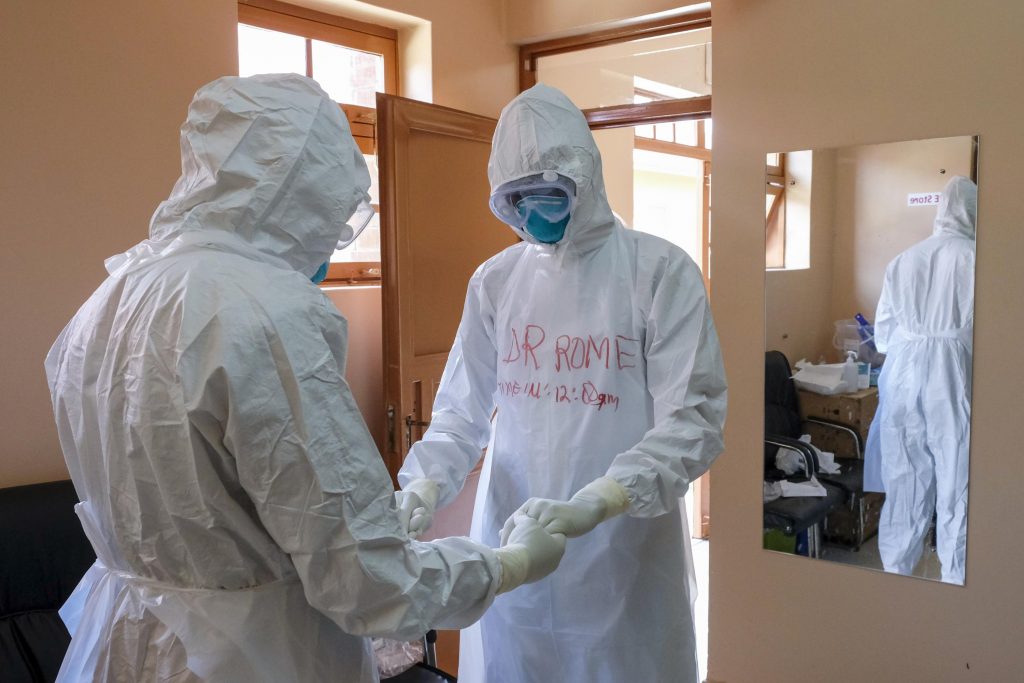 KAMPALA, Uganda (HPD) — Ugandan authorities have reported 11 new Ebola cases in the capital since Friday, a worrying rise in infections a month after an outbreak was declared in a remote area of ​​the East African country.

Two people tested positive for Ebola on Friday and another nine on Sunday in the Kampala metropolitan area, Health Minister Jane Ruth Aceng said on Monday.

A World Health Organization official in Africa said last week that the outbreak in Uganda is “developing rapidly” and described a difficult situation for health workers.

Health authorities have confirmed 75 cases of Ebola since September 20, including 28 deaths. There are 19 active cases.

Official figures do not include people who likely died of Ebola before the outbreak was confirmed in a farming community about 150 kilometers (93 miles) west of Kampala.

Fears that the disease could spread from the epicenter of the outbreak prompted authorities to impose a lockdown that remains in effect, with night curfews, in two of the five districts with Ebola cases. The measures were introduced after an infected man sought medical attention in Kampala and died in a hospital there.

The nine cases reported on Monday followed a similar pattern, as they were all contacts of an Ebola patient who traveled from an affected area and sought care at Kampala’s main public hospital, known as Mulago.

There is no proven vaccine for the Sudanese strain of Ebola circulating in Uganda.

Ugandan authorities had documented more than 1,800 contacts of positives, 747 of whom had completed a 21-day surveillance for possible symptoms of the disease, which manifests as viral hemorrhagic fever, according to the African Centers for Disease Control and Prevention.

Tracing patient contacts is crucial to curbing the spread of contagious diseases like Ebola.

Ebola is spread by contact with bodily fluids from an infected person or contaminated material. Its symptoms include fever, vomiting, diarrhea, muscle pain and, sometimes, external and internal bleeding.

Scientists have not identified the natural reservoir of the virus, although it is suspected that the first victim in an Ebola outbreak is infected through contact with an infected animal or by eating its raw meat. Ugandan authorities continue to investigate the source of the current outbreak.

Ebola was discovered in 1976 in two simultaneous outbreaks in South Sudan and the Democratic Republic of the Congo, where it was identified in a village near the Ebola River from which it was named.