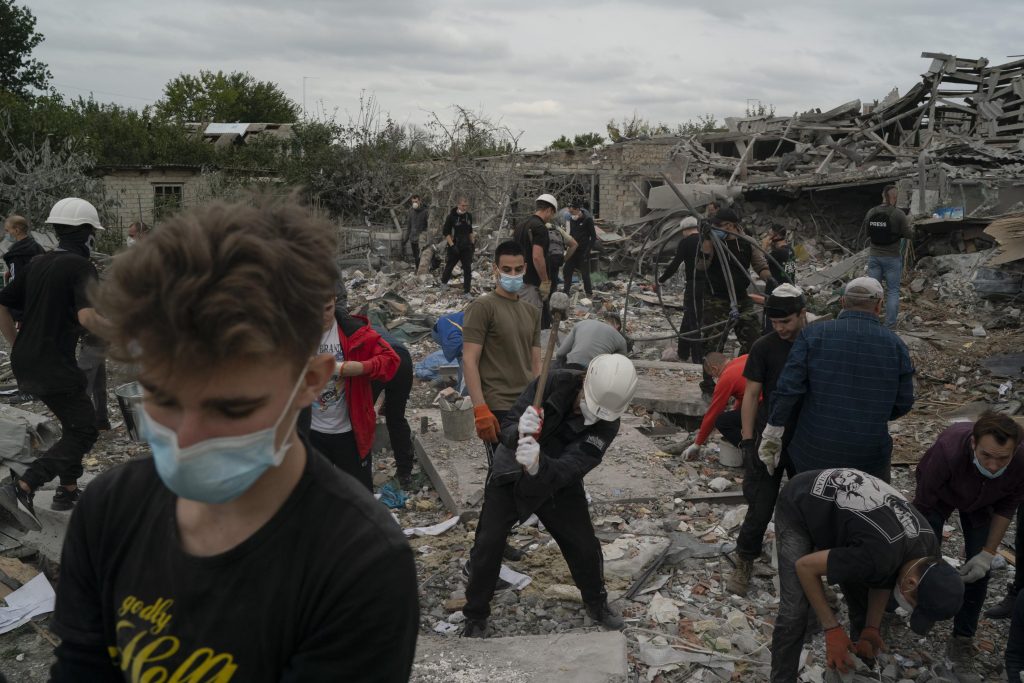 Ukrainian parliamentarian Lesia Vasylenko shared a photo on Twitter showing at least one explosion near the main building of the kyiv National University in the center of the city.

There were dead and wounded, a spokeswoman for the Emergency Service in kyiv told the HPD. Rescuers were working at various locations, Svitlana Vodolaga said.

The number of victims was not yet known.

The explosions were heard by HPD journalists and appeared to be the result of missile strikes. Also on Monday morning, Associated Press journalists heard explosions in the Dnipro city center.

The latest fighting has focused on regions north of Crimea, such as Zaporizhia, which was hit by six missiles launched from occupied parts of the region on Saturday night.

Russian President Vladimir Putin on Sunday described the attack that damaged a huge bridge connecting Russia with the annexed territory of Crimea as “a terrorist act” planned by the Ukrainian special services.