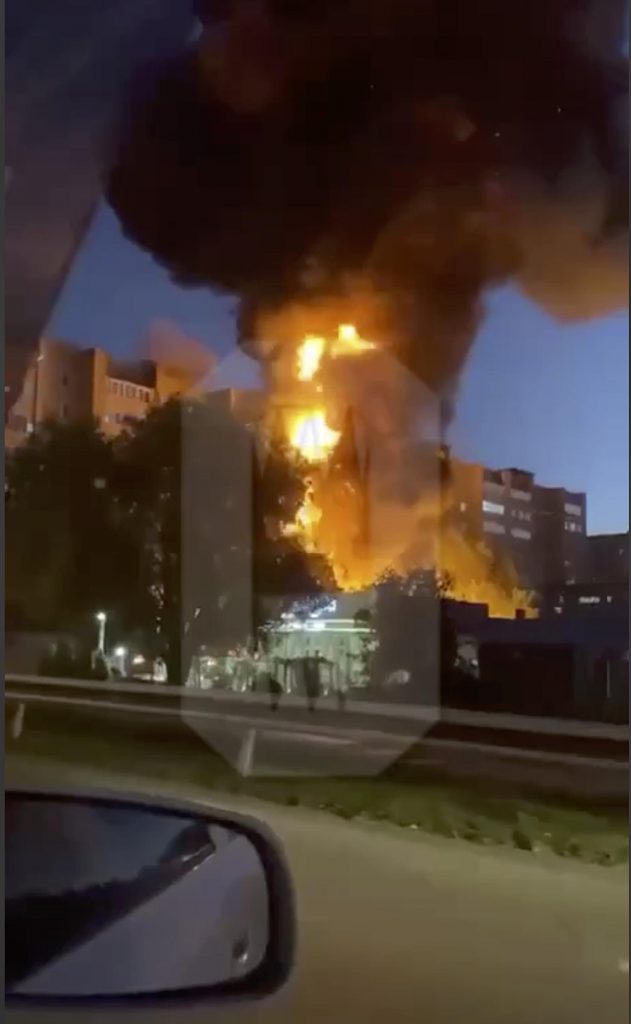 MOSCOW (HPD) — A Russian warplane crashed into a port on the Sea of ​​Azov on Monday after its engine failed, killing at least two people and sparking a huge fire, officials said.

Emergency services reported that at least two residents died and another 19 were hospitalized, some seriously injured. Authorities booked emergency rooms at local hospitals and put medical aircraft into service. At least 17 apartments were affected by the fire, and about 100 residents were evacuated.

The Kremlin said Russian President Vladimir Putin is aware of the situation and has instructed the health and emergencies ministers and the local governor to go to the affected area. Yeysk, a city of 90,000 people, is home to a huge Russian airbase.

Hours after the crash, the regional governor Veniamin Kondratyev indicated that the firefighters managed to contain the fire, so it was not necessary to evacuate the residents of the adjacent apartments.

Videos posted on Russian messaging apps showed a huge fireball in a residential building and loud explosions, apparently from the plane’s weapons blast.

The Su-34 is a supersonic bomber equipped with sophisticated sensors and weapons and one of the main components of the Russian air force. The aircraft has been widely used in Syria and Ukraine.

Monday’s is the 10th non-war crash of a Russian fighter jet since Russia sent troops to Ukraine.