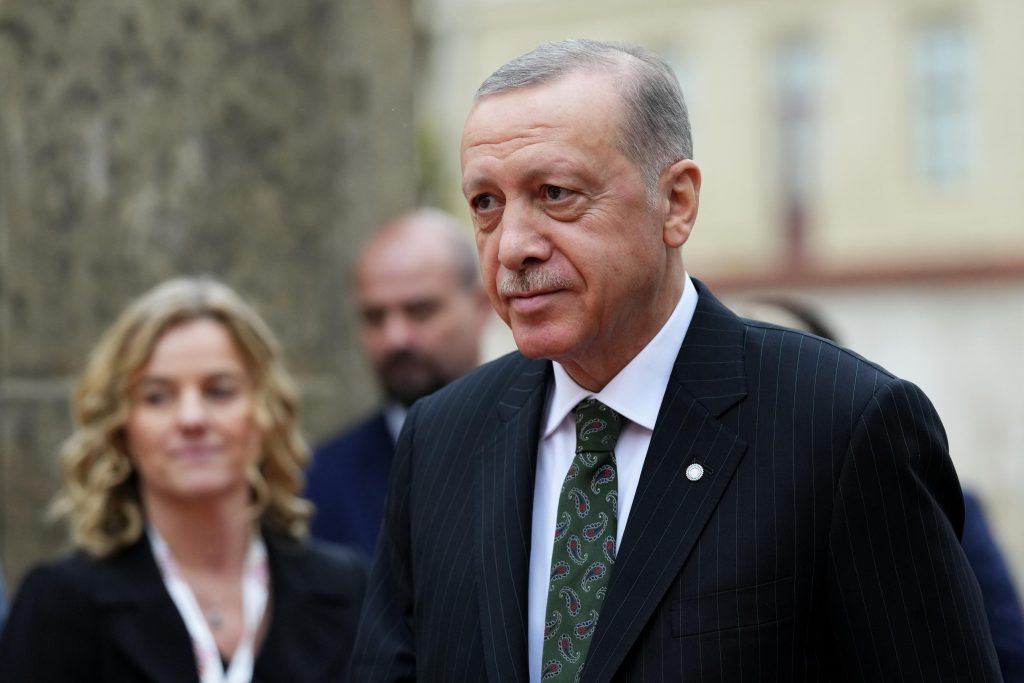 Turkish President Recep Tayyip Erdogan and Armenian Prime Minister Nikol Pashinyan met in Prague on the sidelines of a 44-nation summit to launch a “European Political Community” aimed at strengthening security and economic prosperity on the continent.

Azerbaijani President Ilham Aliyev was also present at what appeared to be an informal meeting of the three rulers. Details of what was discussed were not immediately known.

Turkey and Armenia, which do not have diplomatic relations, agreed last year to start talks aimed at putting behind decades of disputes and reopening their border. Special envoys appointed by the two countries have held four rounds of talks since then. The talks have resulted in an agreement to resume charter flights between Istanbul, Turkey’s largest city, and Yerevan, the Armenian capital.

Turkey, a close ally of Azerbaijan, closed its border with Armenia in 1993 in a show of solidarity with Baku, which was locked in a conflict with Armenia over the Nagorno-Karabakh region.

In 2020, Turkey heavily supported Azerbaijan in a six-day war with Armenia over Nagorno-Karabakh, which concluded with a Russian-brokered peace deal that gave Azerbaijan control over a significant part of the region.

Turkey and Armenia also have more than a century of hostility over the deaths of an estimated 1.5 million Armenians in massacres, deportations and forced marches that began in 1915 in Ottoman Turkey.

This is the second attempt at reconciliation between the two nations, after an agreement in 2009 to establish formal relations and open borders that was never ratified by the strong Azerbaijani opposition.