Skip to content
Home » Turkey: 22 Dead and Many Trapped in Mine Explosion 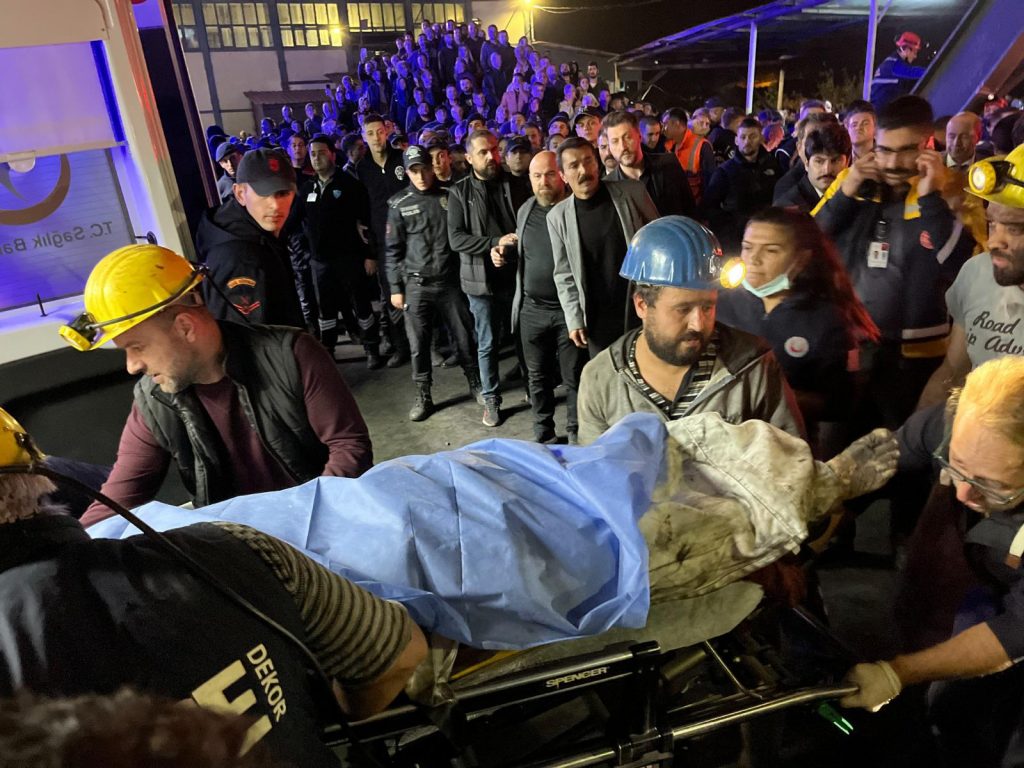 ANKARA, Turkey (HPD) — An explosion at a coal mine in northern Turkey has killed at least 22 people, the health minister announced, as rescuers tried to pull out dozens more who were trapped.

The blast occurred at 6:45 pm at the state-owned TTK Amasra Muessese Mudurlugu mine in the town of Amasra, Bartin province, which has a coastline on the Black Sea.

There were 110 people in the mine when the explosion occurred, Interior Minister Suleyman Soylu, who traveled to Amasra to coordinate the rescue operation, told reporters. Most workers were able to evacuate after the blast, but 49 were trapped in a higher-risk area, he added.

Soylu did not provide a figure for those still trapped, but did say that some of the 49 had been taken to safety.

Health Minister Fahrettin Koca announced on Twitter that 22 people were killed in the blast. He did not say how many were removed with injuries, but he did say that eight were in serious condition.

Several rescue teams were dispatched to the area, including some from neighboring provinces, Turkey’s disaster management agency AFAD said.

President Recep Tayyip Erdogan announced that he had canceled his planned visit to the southeastern city of Diyarbakir, and would instead travel to Amasra to coordinate rescue operations.

A worker told Bartin Governor Nurtac Arslan that he walked out of the mine on his own, the private DHA news agency quoted him as saying. He described having a feeling of “pressure”, but indicated that he could not see anything due to the dust.

Many people came to the mine asking for news from friends and family, DHA reported.

In the worst mining disaster in Turkey’s history, 301 people died in 2014 in a fire inside a coal mine in the western town of Soma.