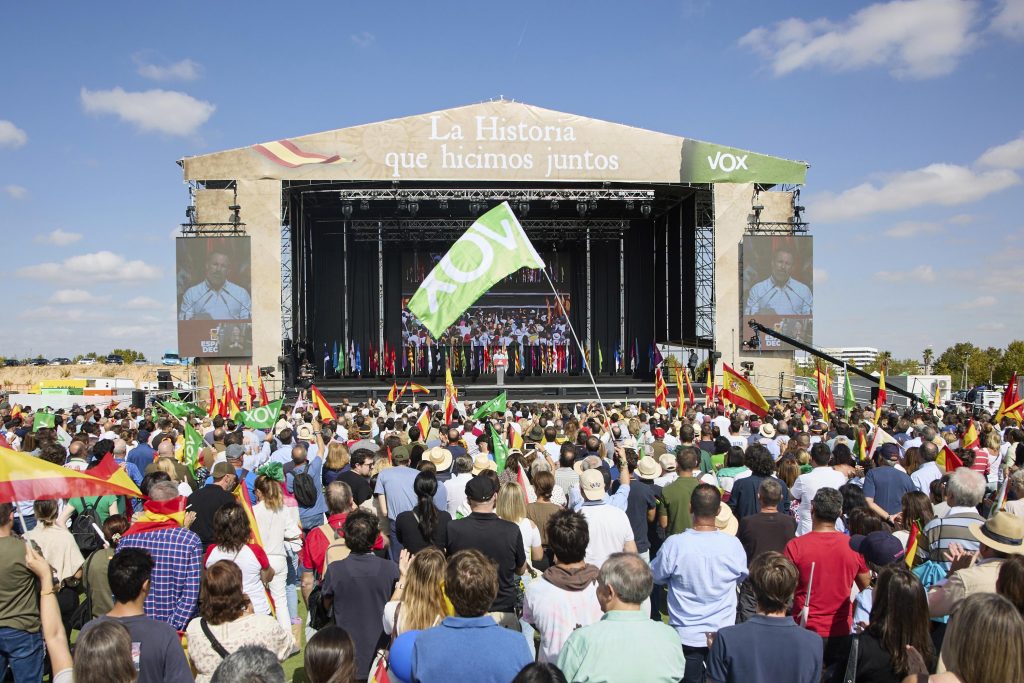 BARCELONA (HPD) — Former US President Donald Trump has given his support to Spain’s extreme right in a video shown at a rally in Madrid in which messages from the main stars of the European populist right, such as Italy’s Giorgia Meloni and the Hungarian Viktor Orban.

In a video that lasted less than 40 seconds and was recorded on a plane, Trump thanked the Spanish far-right VoX party and its leader Santiago Abascal for the “great job” they do.

“We have to make sure that we protect our borders and do a lot of very good, conservative things,” Trump said. “Spain is a great country and we want it to continue being a great country. So congratulations to Vox for so many great messages that they send to the people of Spain and the people of the world.”

Vox captured national attention in the Spanish political landscape in 2019, when it became the third force in Parliament after elections that gave rise to a left-wing national coalition that still holds power. Vox’s messages include zero tolerance towards Catalan separatism, contempt for gender equality, diatribes against unauthorized immigration from Africa and welcomes both the “Reconquest” of medieval Spain from Islam and the legacy of the dictatorship of the 20th century of General Francisco Franco.

Abascal returned the praise when he took to the stage of the open-air venue, after more video messages from European and South American right-wing politicians and an in-person speech by Polish Prime Minister Mateusz Morawiecki.

Despite its spectacular rise, the party led by Abascal has not lived up to the expectations it set for itself in this year’s regional elections and has suffered its first serious episode of infighting among its leaders. Now, Vox has its sights set on next year’s regional and municipal elections, as it struggles to outmaneuver Spain’s traditional conservatives.

The annual rally comes just weeks after Abascal and the rest of Europe’s far right celebrated the victory of Meloni’s neo-fascist Brothers of Italy party.

Colleen Barry in Milan, Italy, contributed to this report.