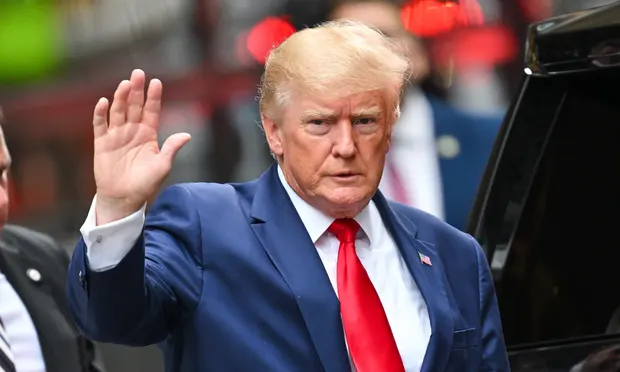 The Justice Department and Donald Trump’s lawyers filed separate proposals Monday for an external review of documents seized at the former president’s Mar-a-Lago home, with key disagreements over how the process and Trump’s team should work. recognizing that the criminal investigation could lead to an indictment.

Both sides referenced a “draft plan” provided to them by Judge Raymond J. Dearie, the newly appointed special master. Trump’s lawyers expressed concern that Dearie raised questions about the documents that the judge who appointed Dearie left unanswered, arguing that Trump could be at a legal disadvantage if he answered them at this stage in the process.

Specifically, the legal team objected to what it said was Dearie’s request to “disclose specific information about the declassification to the Court and the Government.”

Judge Aileen M. Cannon which oversees the special master and the document review process, has not asked Trump’s lawyers to address whether some 100 documents with classified markings that were seized by the FBI on August 8 might not be classified.

Trump’s lawyers have repeatedly suggested in court documents that the former president could have declassified the documents, but have not actually claimed that he did.

In Monday’s filing, Trump’s lawyers wrote thatthey do not want Dearie to force Trump to “fully and specifically disclose a defense on the merits of any subsequent prosecution without such requirement being evident in the District Court order,” a remarkable statement that acknowledges at least the possibility that the former president or his aides could be criminally charged.

The Justice Department is investigating the possible mishandling of classified documents at Mar-a-Lago and the possible concealment or destruction of government records. A key theme in the investigation is that even after Trump’s team responded to a grand jury subpoena requesting all documents with classified markings held at Mar-a-Lago, and aides allegedly said all the relevant material, the FBI search turned up about 100 more documents of this type.

Prosecutors have said that classified material is, by definition, government property and cannot be protected from them by privilege. Cannon’s order barred prosecutors fromusing the classified materials in their criminal investigation until the external review is complete.

Dearie, a former chief federal judge in New York, is scheduled to meet for the first time with Trump’s lawyers and Justice Department prosecutors on Tuesday afternoon. The session, in the Dearie courtroom at the federal courthouse in Brooklyn, will focus on how to proceed.

The Justice Department filing says a third-party vendor must be contracted to scan the seized documents into a secure software system. Trump’s attorneys would then review the unclassified documents and decide which ones should be protected from criminal investigators due to attorney-client or executive privilege. Prosecutors would note any disagreements with Trump’s defense team, and Dearie would resolve any disputes.

“FBI agents will attend and observe the scanning process to maintain the chain of custody of the evidence,” the government wrote.

In previous filings, the Justice Department had unsuccessfully argued that a special master was unnecessary and that, as a former president, Trump could not assert executive privilege in this investigation. Prosecutors also said temporarily barring the government from using the documents in its investigation could pose a national security risk.

It ordered Dearie to complete her review by Nov. 30 and said she should prioritize sorting the classified documents, though she didn’t provide a timeline for when that part should be completed. The Justice Department said it hopes its Monday proposal will help complete the review in an “efficient and timely manner.”

Trump’s team said in its filing that the administration should start making classified documents available for review next week by Dearie, who previously served on the Foreign Intelligence Surveillance Court, which handles sensitive intelligence cases. National security.

The Justice Department urged Dearie in his filing Monday to consult with the National Archives and Records Administration, the federal agency tasked with maintaining and tracking government records, as he conducts the review.

He also proposed that Dearie conduct weekly reviews with the parties via video or audio conference to resolve concerns and ensure the smooth running of the review process.

The government has said it already reviewed all the documents seized before Trump requested a special master, to separate any that should be protected from investigators because of attorney-client privilege. That filtering team, approved by the coroner who also approved the search warrant, set aside 64 sets of documents, comprising some 520 pages, that could be considered protected by attorney-client privilege, the government said.