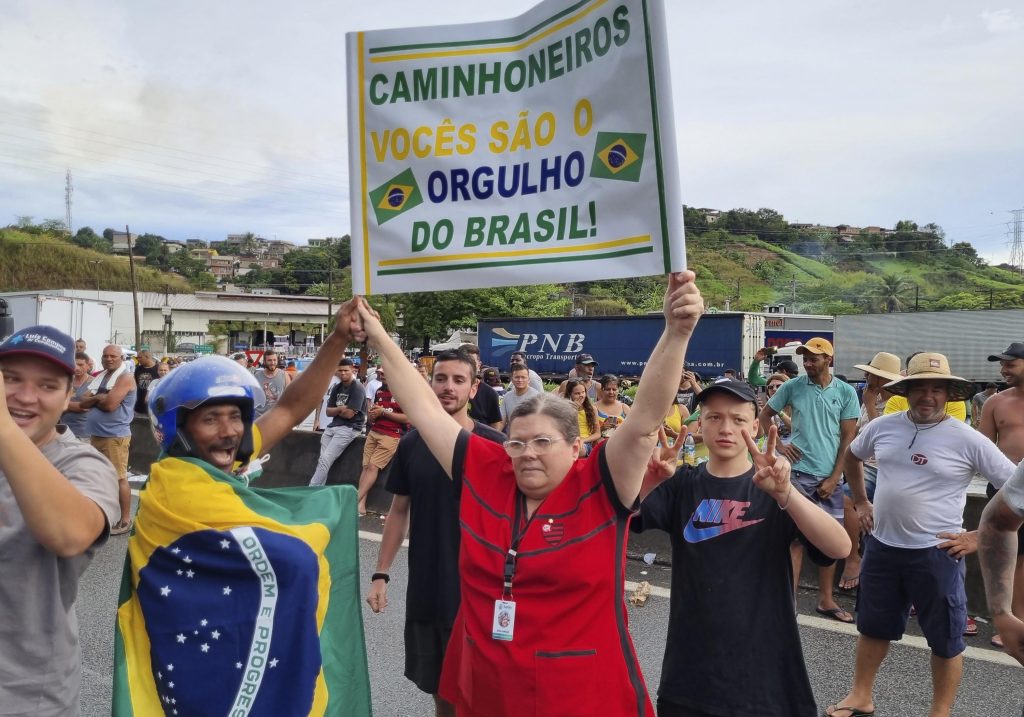 Since Lula’s victory on Sunday night, many truckers have jammed traffic in areas across the country, claiming they will not acknowledge Bolsonaro’s defeat. The president has not spoken publicly since the official results were released approximately 36 hours ago, nor has he called Lula to admit his victory.

The highway to and from the international airport in Sao Paulo, Brazil’s most populous state and economy, was blocked and dozens of flights were cancelled. Social networks spread videos showing travelers walking with their bags at night along the road to the airport. Access was partially restored as of 8 in the morning.

In neighboring Minas Gerais, a key state during the elections, a video on social media showed a protester telling an O Tempo reporter: “We will not stop until we have an answer from our president.”

The man, wearing a green and yellow T-shirt — the colors of the Brazilian flag and the nation’s conservative movement — called the election “fraudulent” and warned of more protests. “We want Bolsonaro in 2023 and for the years that follow,” he added.

Bolsonaro, a lawmaker at the time and months before winning that year’s presidential election, was an outspoken supporter of the truckers, who became an electoral base for him. This year, his administration capped interstate fuel taxes to help lower prices and launched a financial relief program for truckers just before the presidential election campaign.

As of 8 a.m. Tuesday, highway police had removed nearly 200 roadblocks, according to the Justice Ministry.

Federal prosecutors in the states of Sao Paulo and Goiás said they had opened investigations into the blockades.

The party charged that these alleged efforts were particularly focused on the northeast, which is a stronghold of the Workers’ Party.

Alexandre de Moraes, who heads the nation’s electoral authority, said voters did make it to the polls and were simply delayed by police checkpoints. He ordered the immediate suspension of all road police operations.

Bolsonaro lost the race by a very narrow margin, obtaining 49.1% of the vote against 50.9% for Lula. It has been the closest presidential race since Brazil’s return to democracy more than three decades ago.

Like former US President Donald Trump, Bolsonaro has repeatedly questioned the reliability of the country’s electoral system, claiming that electronic voting machines are prone to fraud. He never provided any evidence, not even when ordered by the electoral tribunal. The far-right president openly admires Trump.

Dozens of journalists from national and international media remained camped outside the presidential residence in the capital, Brasilia, waiting for any sign that Bolsonaro might speak about the elections or the roadblocks.