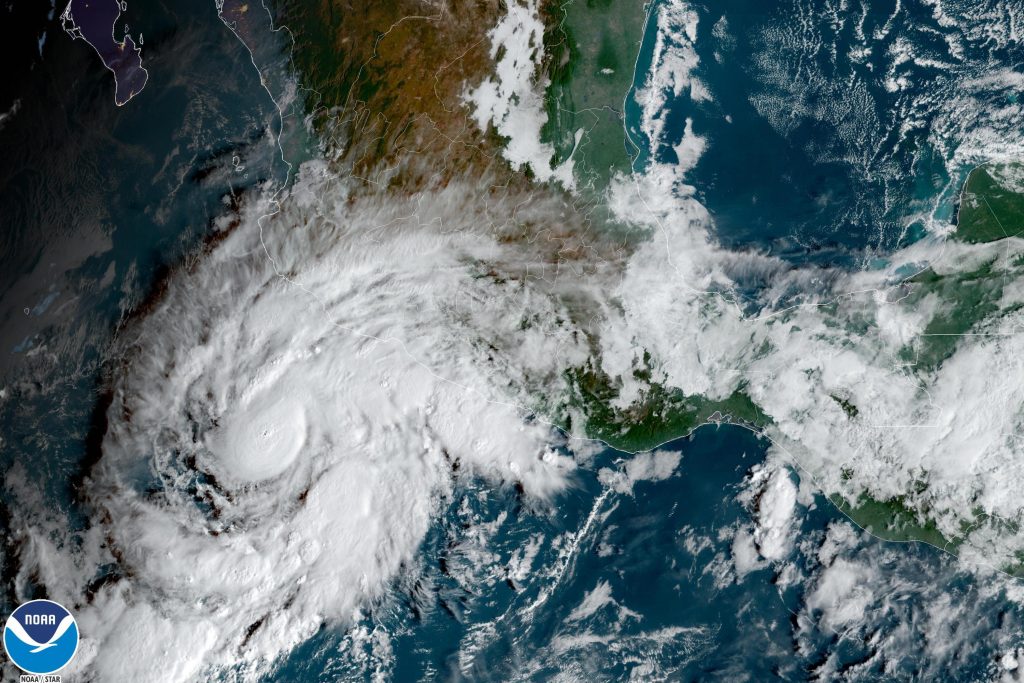 MEXICO CITY (HPD) — Tropical Storm Roslyn was gaining strength Friday off the Pacific coast of Mexico, and forecasters expect it to reach hurricane status when its eye makes landfall possibly this weekend, among the tourist resorts of Puerto Vallarta and Mazatlan.

The US National Hurricane Center (NHC) reported that Roslyn’s maximum sustained winds increased to 65 miles per hour (105 kilometers per hour) early Friday. Its vortex was about 475 kilometers (295 miles) south-southeast of Cabo Corrientes, which juts out into the Pacific south of Puerto Vallarta. It was traveling at 7 mph (11 km/h) in a west-northwest direction.

Forecasters expect Roslyn to continue to gain strength and reach a Category 2 hurricane status before making landfall on Saturday night or Sunday.

According to the NHC, Roslyn’s tropical storm-force winds reached up to 90 miles (145 kilometers) away from the vortex.

The Mexican government issued tropical storm warnings for a coastal strip from Cabo Corrientes to the south. The National Water Commission of Mexico indicated that the rains thrown by the meteor could cause landslides and floods.