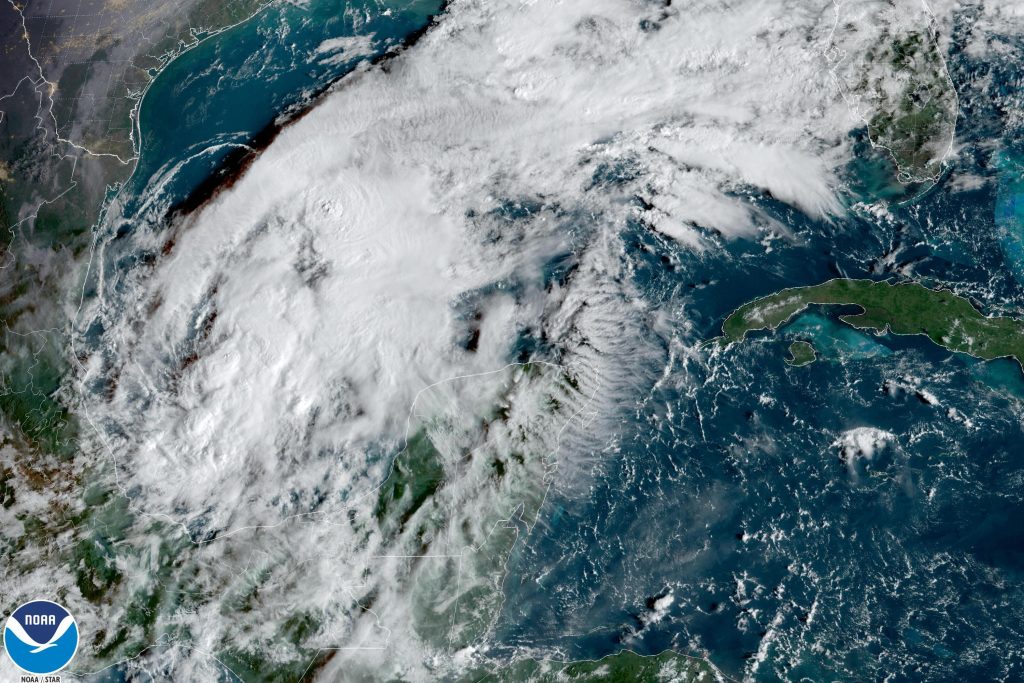 The National Hurricane Center of the United States (NHC) indicated that Karl had maximum sustained winds of 70 kilometers per hour (45 miles per hour) on Wednesday morning.

It was centered about 300 kilometers (185 miles) north-northeast of the port of Veracruz and was heading north-northwest at 9 km/h (6 mph).

The storm is forecast to turn southwest and toward the Gulf of Mexico coast by Friday.

Tropical storm force winds extended out to 105 miles (165 kilometers) from its center.

The state National Water Commission of Mexico (Conagua) reported on Wednesday that the storm will cause heavy rains in the states of Veracruz, Puebla, Chiapas, Guerrero, Campeche, Tabasco and Tamaulipas, and warned that the rainfall could generate landslides, increase in levels of rivers and streams, overflows and floods in low-lying areas.

Likewise, it is expected that Karl’s circulation will cause gusts of wind of up to 60 kilometers per hour and waves of one to three meters in height on the coasts of Tamaulipas and Veracruz.

Conagua urged the population to follow the indications of the state authorities and Civil Protection, and asked maritime navigation to take extreme precautions due to conditions of strong winds and waves in coastal areas.

Karl formed a day after former Hurricane Julia dissipated over the Pacific Ocean, directly or indirectly killing at least 28 people in Mexico and Central America after reaching the Caribbean coast of Nicaragua.