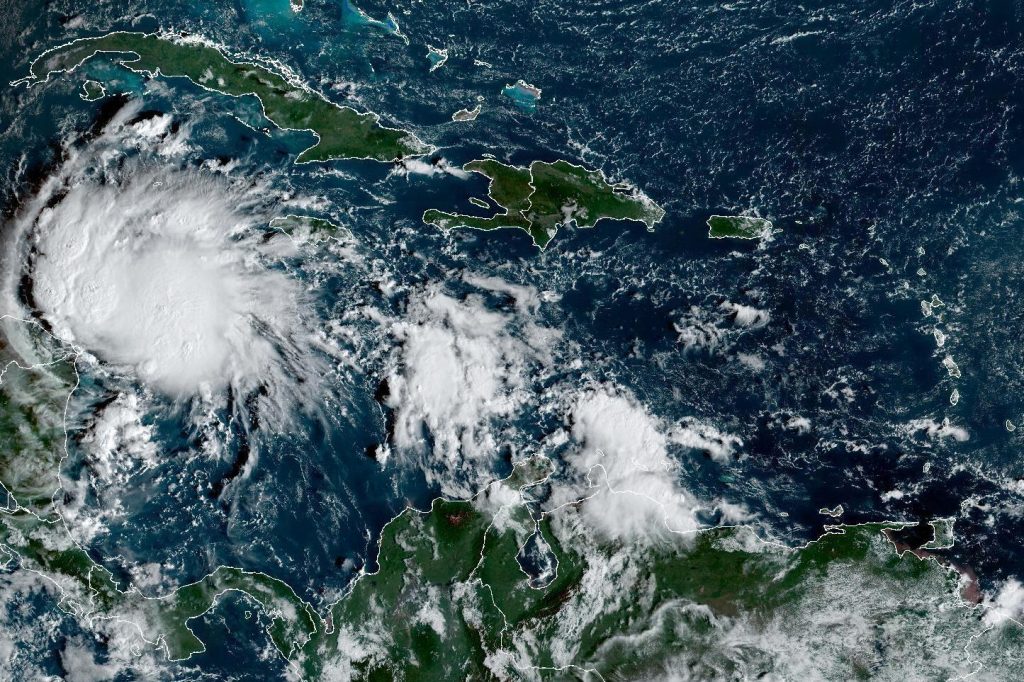 MEXICO CITY (HPD) — Tropical Cyclone Lisa heads toward southern Mexico on Thursday, a day after making landfall as a hurricane near Belize City and moving inland over northern Guatemala.

The US National Hurricane Center reported that Lisa had maximum sustained winds of 35 mph (55 km/h). The vortex of the storm was about 110 kilometers (65 miles) southeast of Ciudad del Carmen, on the coast of the Gulf of Mexico.

Lisa was moving west at 10 mph (17 km/h) and is expected to cross into the Gulf of Mexico by Friday.

The Belize National Emergency Management Organization said the storm made landfall between the coastal city of Dangriga and Belize City.

Local media in Belize reported some flooding, as well as some houses that lost their tin roofs due to the storm’s winds.