Skip to content
Home » Tragedies in football: Lessons from the past are not learned 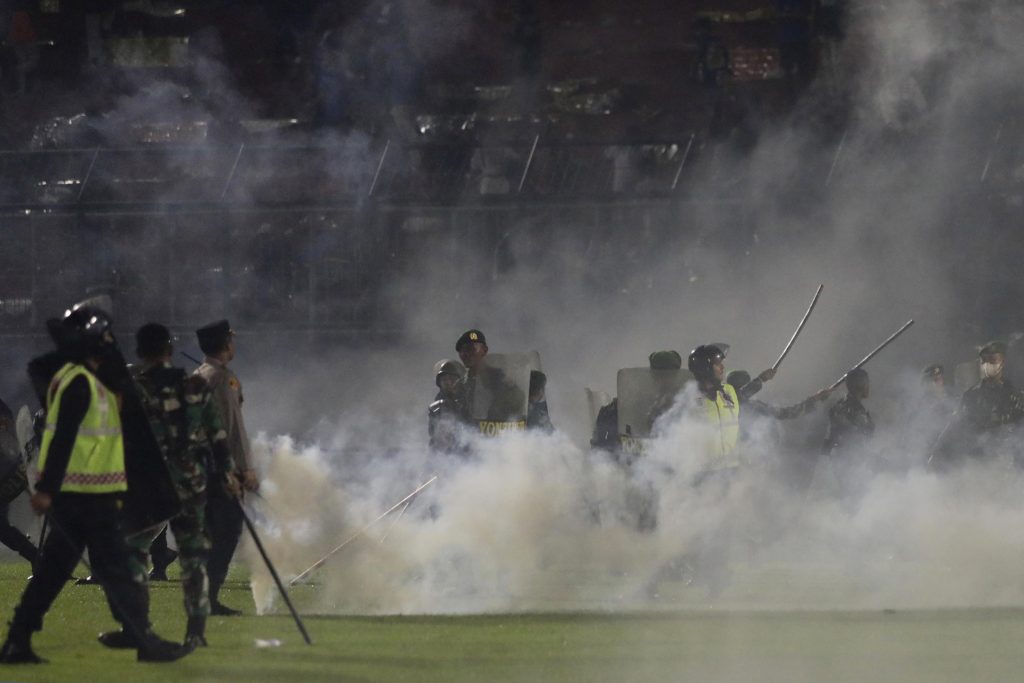 The police fire tear gas, panic spreads and people run for the exits. They crowd in front of them and discover that the gates are closed. The stadium becomes a death trap.

Desperate to escape, people are crushed to death or suffocated.

Football does not seem to learn from its mistakes. What happened last weekend in a stadium in Malang (Indonesia), where 131 people, including some children, died in a stampede, is a carbon copy of what happened in the National Stadium in Lima when 328 people died in 1964, or the events in a stadium in Accra (Ghana) in 2001, with a balance of 126 people dead.

The world’s most popular sport often attracts hooligans and sparks rivalries that escalate into violent clashes. But in the stadium of the Arema club in Malang, fans of their staunch rival had not been allowed to enter. There were only the local fans and the police.

“There was not a single rival fan. How can it be that there have been more than 100 deaths?” asked Gilana Widya Pramana, president of Arema, between sobs.

As in Lima, in Accra and in other incidents of this type, the responsibility fell on the police, who had a disproportionate response when some fans invaded the field after the defeat of the local team, according to those in the know.

Experts agree that almost always the worst tragedies recorded in football were the product of an exaggerated response by the police and the lack of appropriate security measures in the stadiums. Connoisseurs say that tear gas should never be used.

Exits should also not be padlocked.

“Very rarely do fans kill each other,” said Professor Geoff Pearson, an expert on the subject at the University of Manchester. “I can’t think of a single tragedy that wasn’t caused by unsafe stadiums or inappropriate police performance.”

Indonesia, a country of 273 million people that will host the Under-20 World Cup next year, is a “sleeping giant” with a passion for soccer that exceeds that of many of the world’s biggest football fans, according to James Montague, a traveling journalist and writer who studies that phenomenon.

He says that on his trips to Indonesia, where he attended numerous matches and mingled with the public in the stands, he encountered “mostly decrepit” stadiums, corruption and ineptitude everywhere, as well as police willing to “stick me in the face just because I’m standing there, watching a soccer game.”

Stadium safety was thought to have entered a new era 33 years ago, following the Hillsborough disaster, where 97 Liverpool fans were crushed to death in a Sheffield, England, stadium in 1989. Police were blamed. for allowing fans into an already packed grandstand, but it was 27 years before the lies and cover-ups were uncovered, as the tragedy was initially blamed on drunken fans.

The episode sparked sweeping reforms in English football, where security measures were improved and a change in police procedures was encouraged.

Montague, however, says that often “the state closes ranks” and there is no accountability.

A BBC report on the occasion of the 50th anniversary of the Lima tragedy revealed that a single police officer had been convicted in connection with the worst tragedy in football history. He was sentenced to 30 months in prison. More than 30 years after the Hillsborough disaster, only one officer was found guilty of any misconduct. His punishment was a fine.

Justice found the actions of the police in Accra justified despite the fact that an investigation concluded that they had irresponsibly used tear gas and rubber bullets.

FIFA has recommended that tear gas never be used in stadiums, but it cannot dictate what the police do, and they follow their own rules.

“Everything revolves around the prevailing culture in the police,” said Ronan Evain, executive director of Football Supporters Europe, a group that represents the interests of fans.

What is happening in Egypt reflects the inability of the police to deal with rampages in the stadiums. In 2012, 74 people died on a soccer field, in a country where the police insistently use force to repress incidents. Dozens of fans were killed in clashes with police inside and outside stadiums and some fan groups were declared terrorist organizations because they criticize the Egyptian government, which has been accused of human rights violations.

The football authorities have their hands tied.

Pearson argues that the police “must admit their mistakes and learn from them.” But it’s hard for him to do it.

The Hillsborough tragedy ushered in effective reforms in England. However, the same did not happen in the rest of the world.

And just days after the Indonesian disaster, police fired tear gas and rubber bullets at a stadium in Argentina, killing one person in the chaos.

Graham Dunbar contributed to this report from Geneva.