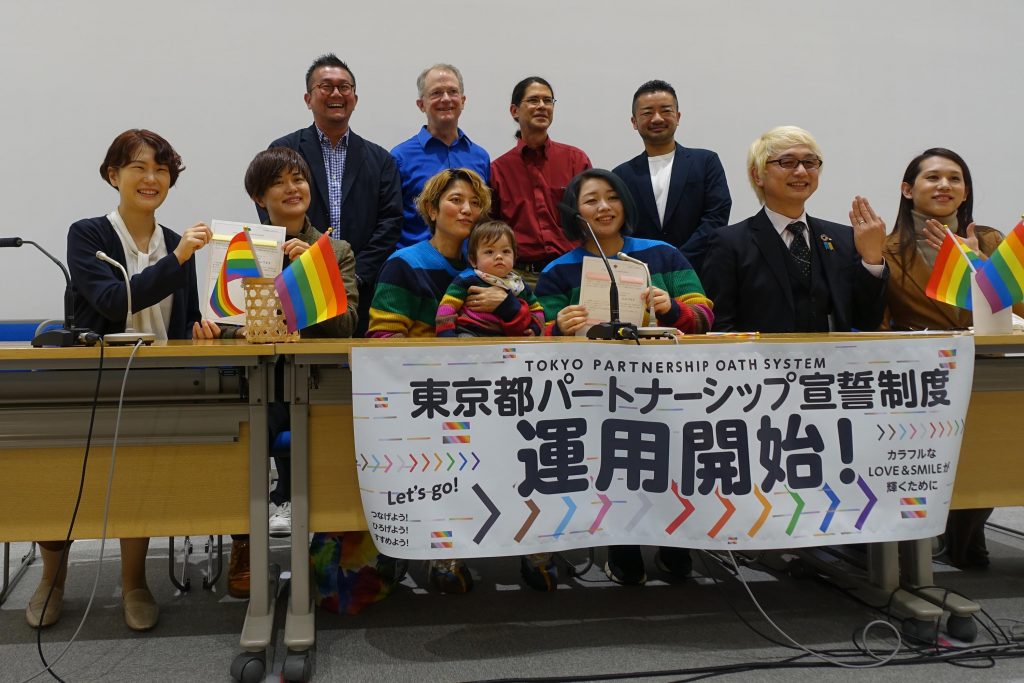 TOKYO (HPD) — Japan’s capital on Tuesday began handing out certificates to same-sex couples, the largest municipality to do so in a country that doesn’t allow same-sex marriage.

In 2015, Tokyo’s Shibuya district was the first to recognize such couples, and since then more than 200 smaller towns have joined the measure, which covered less than 20% of Japanese municipalities.

The certificates are not binding, but allow couples to apply for public housing plans, access medical information and be beneficiaries of auto and life insurance, just like married couples.

Support for sexual diversity has grown slowly in Japan, where lesbian, gay, bisexual and transgender people often face discrimination at school, work and home, leading many to hide their sexual identity.

Many sexual minority couples say that recognition of their unions will mean improvements in daily life by allowing them to rent houses and sign documents in medical emergencies and inherit.

“With this (certificate) there is no need to explain and I think I will be able to talk to other people about my relationship with my partner with a little more confidence,” said Soyoka Yamamoto, a Tokyo-based partner recognition activist.

The Tokyo metropolitan government said it had received 137 applications as of last Friday. Applicants must be adults residing in the capital and the rule includes foreigners,

Campaigns for equal rights for sexual minorities have run into the residence of conservatives in Prime Minister Fumio Kishida’s party, who consider granting rights to such couples “unproductive.”