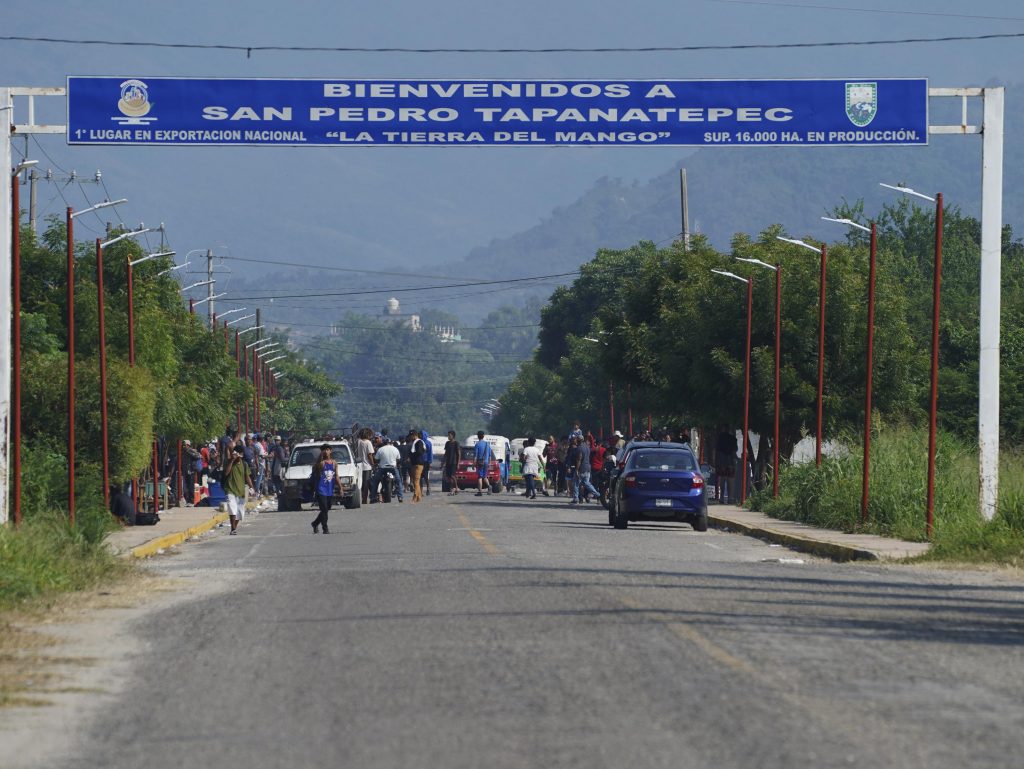 MEXICO CITY (HPD) — In southern Mexico, in a remote town more than 300 kilometers from the border with Guatemala, a huge camp operates where thousands of migrants wonder what their destination will be after the recent agreement to regulate the arrival of immigrants. Venezuelans to the United States.

When The Associated Press visited San Pedro Tapanatepec — on the isthmus and narrowest part of Mexico — in early October, some 7,000 migrants were already there. On Monday, according to its mayor Humberto Parrazales, the number had risen to about 14,000, 75% Venezuelans. The HPD was unable to independently confirm this figure.

The camp — five large tents on the outskirts of town with mats, toilets, water and a few fans for the suffocating heat — has been operating since the beginning of August as a center for issuing transit documents to foreigners. The National Migration Institute set it up to decongest the city of Tapachula, the gateway to the southern border.

Until last week, men, women and children waited there for their permits for three or four days and then continued north. Now, the issuance of these documents has slowed down, the mayor explained in a telephone conversation, coinciding with the announcement of the new US plan that, on the one hand, will grant temporary visas for 24,000 Venezuelans who enter the United States by air and, on the other, it has already begun to expel back to Mexico those who arrive by land.

The International Organization for Migration told The Associated Press last week that it was preparing a program with UN agencies to inform migrants of the new program, but in San Pedro Tapanatepec on Monday there was confusion.

“I don’t understand anything,” Venezuelan Robinson Rodríguez said by telephone. “If everything was blocked (if the border was closed) they should no longer get that permit. And one asks them (the authorities) and they say they don’t know but they keep taking it out.”

Rodríguez got the transit document for seven days, but he had to wait in town to get money for the ticket and now that he has it, the permit is about to expire and he doesn’t know what to do.

The first information began to arrive on Monday, according to Nicaraguan Luis Martinica, who showed the HPD via WhatsApp a piece of paper indicating the website where Venezuelans can enroll in the new US visa program. But the page was written in such a way that it was not clear to Martinique if he too would be returned if he reached the border.

For his part, the mayor was concerned because he was having more and more problems to guarantee health or garbage collection and also the supply of water or electricity because the transformers were not enough and there were already some cuts.

However, Parrazales acknowledged that the flow of migrants had left behind a “brutal” and never-before-seen economic impact of some 300 million pesos (15 million dollars) “in currency exchange, bank procedures, the sale of places to sleep, of food, medicine, basic supplies, bus tickets, taxis… they even charge for charging a cell phone,” he said.

No civil organization was offering its services there, as has been customary on similar occasions, and some migrants even did not know who was in charge of the place.

“We don’t know if this is from the UN, but they don’t inform us like when we arrived in Panama,” Peruvian Bryan González complained a few days ago.

Just south of that country, before crossing the Darién jungle, bordering Colombia, is where around 10,000 migrants also accumulate, according to the authorities of that country.

Mexico’s foreign ministry said last week that the government has issued more than 77,000 transit permits to Venezuelans alone this year. Most were in the last three months.

These citizens, like Cubans or Nicaraguans, are difficult for both Mexico and the United States to deport, and in recent months when they crossed and surrendered to the Border Patrol, they used to be able to stay in US territory to start their immigration procedures there.

The Mexican National Migration Institute has not responded to repeated requests from the HPD about the situation in San Pedro Tapanatepec, or about how the migrants who remain in the camp will be managed.

In the absence of clarity, rumors proliferate and tempers flare. On Sunday “due to a mess of boys from Venezuela who offended a policeman” they paralyzed the delivery of documents, according to the Nicaraguan Martinique.

“There is a lot of secrecy,” said the mayor. “It’s a pressure cooker I’m containing here.”