Skip to content
Home » “They took my great love”: Lament of a Ukrainian widow 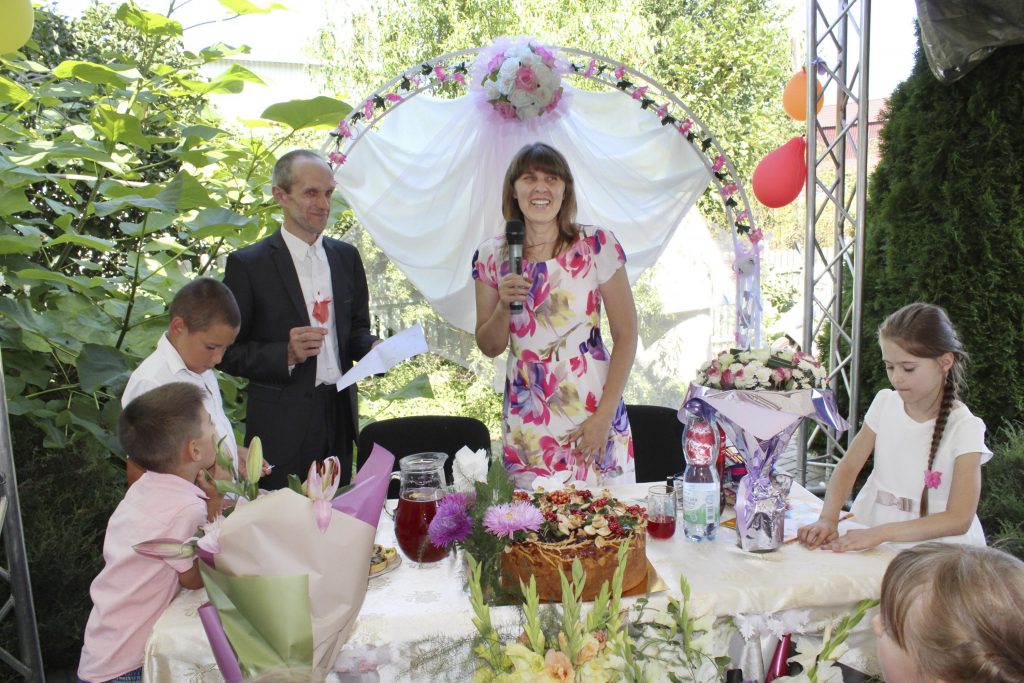 OZERA, Ukraine (HPD) — Tetiana Boikiv watched from the basement as Russian soldiers interrogated who she considers her “great, great love.” They took him away and she never saw him again.

The atrocities in neighboring Bucha, which have focused the world’s attention, are just part of the violence Ukrainians are suffering at the hands of the Russians in towns like Boikiv, half an hour to the north. It is often systemic, not circumstantial, violence designed and implemented by command structures of the Russian military, an investigation by the Associated Press and the PBS series “Frontline” has found.

This dispatch is part of an HPD and Frontline investigation that includes the documentary “Putin’s Attack on Ukraine: Documenting War Crimes,” premiering Oct. 9 on PBS.

Russian troops were instructed to stamp out any vestiges of “nationalist resistance,” according to Russian combat plans obtained by the Royal United Services Institute think tank in London. Those mopping-up operations –zachistka, in Russian– took on another dimension as the distinction between civilians and combatants was blurred.

It is very easy for anyone with a phone to report the location of Russian units, and many civilians do so. In their efforts to suppress Ukrainian resistance, Russian soldiers sometimes target civilians who have done nothing.

Ukrainian prosecutors say they will try all the outrages committed during the war, but they are having a hard time investigating more than 40,000 possible war crimes.

Therefore, Boikiv was forced to try to find out for herself what happened to her husband, Mykola Moroz, who was called Kolia by his friends.

They met in a botanical garden, during a singles outing organized by a church. Boikiv, nicknamed Tania, had settled in Ozera a few months before the Russian invasion to start a new life with Kolia.

Kolia got up early to bring Boikiv fresh flowers that he picked in the fields. When they were apart, she would send him pictures of flowers on her phone.

He liked to collect small, cute things: rocks, stamps, postcards, pieces of glass. They took turns cooking. Her apple pie was better than hers.

“Once Kolia said to me, ‘Tania, what’s the point of living alone? Only when you have someone can you be happy,’” she recounted.

When the Russians left, word spread that a priest in Zdvyzhivka had photos of people in the area who had been killed.

Father Vasyl Bentsa wanted to document the bodies of five unknown individuals found in the backyard of one of the most elegant houses in town. That is why he took photos of them before having them buried near a forest.

Boikiv met him. She started going through the photos and when she got to the third one, she turned pale.

It was Kolia, bloody but whole. He had his fists clenched and his body in a fetal position. The joints of his legs in strange positions. A swollen eye and a shattered skull.

“My Kolya! Kolia!” she yelled.

Father Bentsa told him that the police had exhumed the body of Kolia and the other individuals from a mass grave six days earlier.

But he didn’t know where he was.

Kolia had been kidnapped a day after the Ukrainians destroyed a Russian ammunition depot. The accuracy of the shot was such that the Russians were convinced that the Ukrainian forces had received detailed information about his location from the Ukrainian intelligence service, a drone or a civilian spying on them. Phone tower records obtained by the HPD indicate that Kolia made the last call from him on February 25, making it highly unlikely that he passed on the information. But the Russians took him anyway.

The search for Boikiv began at the Bucha morgue. Kolia’s name was not on the list of people buried there.

In front of the cemetery there were three refrigerated trucks parked. Boikiv and a friend went through all the corpses piled up there. Dozens of them. But they did not find Kolia.

A few days later he learned that two unidentified bodies had arrived from Zdvyzhivka. When Boikiv returned to Bucha, the bodies were piled, wrapped in bags, in a refrigerated truck about to leave for a neighboring town.

Boikiev began to cry and threatened to climb on the corpses. He was not going to let Kolia get away from him. The driver made room for him in the cab.

When the truck reached its destination and was unloaded, Boikiv checked Zdvyzhivka’s bodies. They were in very bad condition. He opened the mouth of one and looked at her teeth, but it wasn’t him.

Until he spotted what looked like Kolia’s shoes sticking out of a partially open bag. She recognized her husband by the shape of her skull, her beard and her teeth.

“They took my great love,” he murmured.

The only thing left for him now is to see justice done. The only official document that Boikiv had was a small piece of paper that said her husband had died after being shot multiple times on March 25, 2022. Boikiv doubted that the shells had killed him.

He made a statement to the Ukrainian authorities, but was never heard from again. And no one asked her to identify the Russian soldiers who took her husband away.

She is not optimistic that those responsible for her husband’s death will be identified and punished.

“They will not return it to me,” he said.

She sat in her house, dimly lit, by the bed she was to share with Kolia, near the well he had dug and the little blue and white plastic butterflies Kolia had taped to the wall.

“I know that everything is in God’s hands,” he said. “And the time will come when people will pay for this. Judgment day awaits them.”